This might even have been a post with substance if I wasn’t so tired. But alas. I am only even putting up a post so I don’t miss a day of NaBloPoMo.

First, I am going to share some things I find amusing. Like my WoW character. Her name is on the pic, but I call her Fartfancy.

A few funny (to my 12 year old sense of humor) interactions have happened within the game. 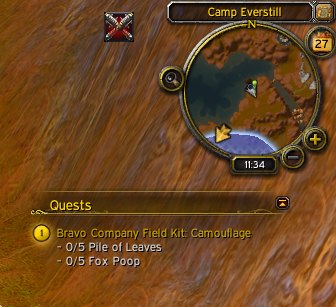 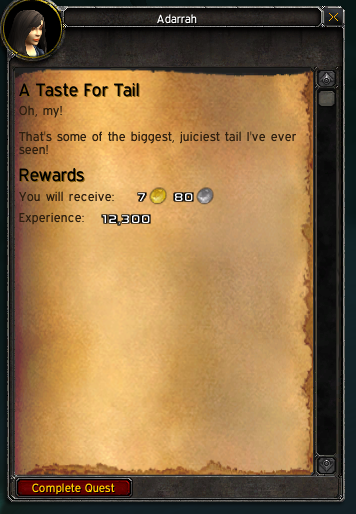 My first guild, Gay Lady Coven. It was mostly guys. I think I was 3rd female. Also I am significantly older than all of them, one of them being Chad. 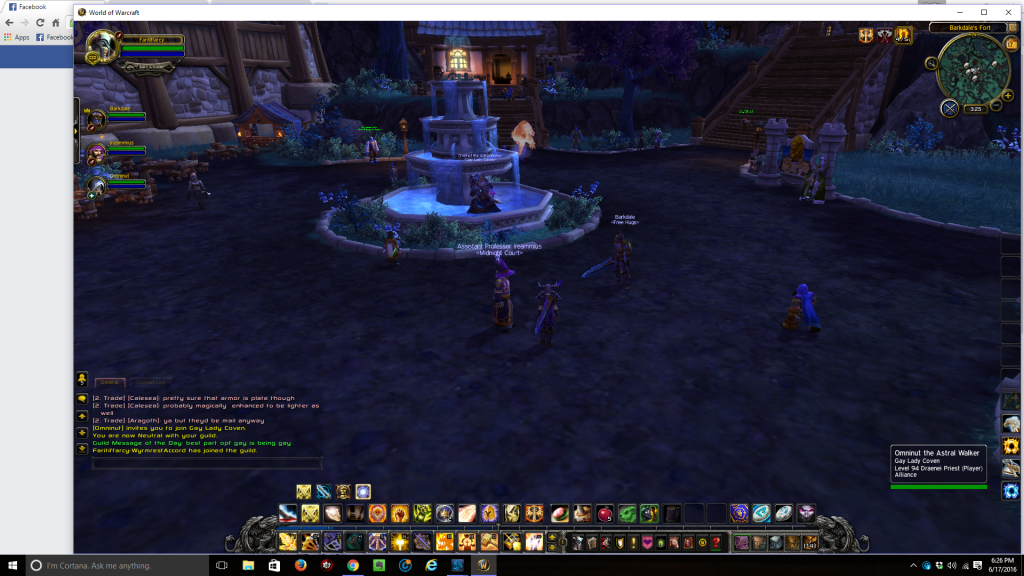 We are Midnight Court now. I pretty much do nothing with them, and am more of a novelty being “Clock’s mom.” Also since starting school, ain’t nobody got time for WoW. But I have several quests I need to do that are dungeons so I will have to stay up ungodly late sometime and do those with the guild. Assuming any of them are still playing.

This should be my next tattoo:

Except saying “Drop the rock.”

I found this pretty funny:

Molly nominated me for this last week, and I feel so honored and thankful to her as a friend.

Thank the person who nominated you and link back to their blog.

Tell 7 things about yourself.

1. This isn’t really new, but I don’t like peanuts or peanut butter.

2. I was a band geek in high school because I sucked at basketball and tennis, refused to run track (haha! That’s come back to bite me.), but was determined to have a letter jacket….which I still have…

3. Was able at one time to quote the movies The Wizard of Oz & Steel Magnolias by heart from beginning to end. I can still heavily quote them.

4. Slept through 2 tornadoes when I was a kid. This is significant because I had the same type of meltdowns over the possibility of a tornado as I did over spiders.

5. I remember my school closing after this Titan II missle explosion, and if memory serves me correctly, it was because our school was being used as an evacuation shelter. The Damascus silo was in the next county, but there were 3 in my county, the closest one being less than 3 miles away from our house, as the crow flies. That would be considered in the ground zero range, just fyi. And yes, I knew that growing up, and knew that it was a reasonable assumption that the Soviet Union had a matching ICBM for each of ours, targeted at ours.

6. Made it to 6th place in the county spelling bee in 1983. I misspelled consternation. I haven’t since.

7. Went through 3 different majors in college, and had 3 different minors with the second major. First and last majors did no require a minor, but I could have gotten a minor in management with my final major if I had taken just one more management course (personnel management).

1st major – Pre-Pharmacy. Turned out I hated biology and wasn’t too excited with chemistry.
2nd major – Computer Science. Assembly language and discrete math killed me. Only 2 F’s that I left on my transcript.

1st minor – Math. I dropped Calculus III after the first day, and Abstract Algebra the day of the 1st test…and changed minors.
2nd minor – Industrial Technology. This was fun, but I wasn’t going to have enough upper level credits.
3rd minor – Business Administration. I only got as far as the basics – Accounting & Economics – before I changed majors.

3rd major – Industrial Technology. Except for the management aspect, it was like shop class only college level.

Here’s my 7 nominations, in no order, and without holding them to having to participate knowing that they are all busy.

Diane and Mel (whose employer won’t let her have a personal blog). They have blogged separately and together off an on, so I list them together due to the parenthetical statement after Mel’s name.

Ok, I know that is more than 7. I couldn’t narrow it to just 7. Sorry. Seriously, I almost added more.

This entry is filed under LinkWhoring, Memes. | 7 Comments