How did you learn respect 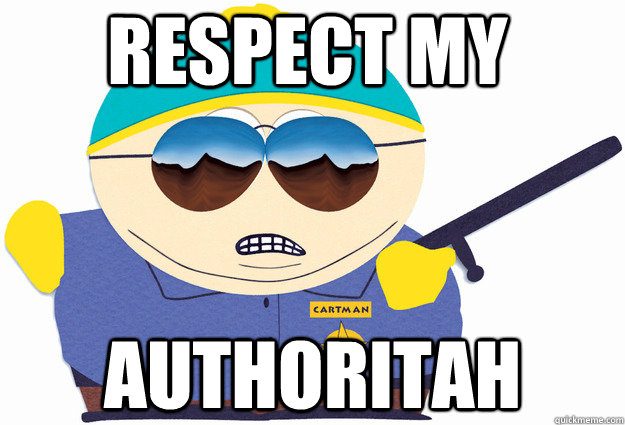 I’ve always bucked against authority, but not necessarily for the sake of being a rebel. I’ve been repeatedly labeled an instigator, and I do not (because I cannot) deny it. I’ve even been called a honey badger. Honey badger don’t care. She does what she wants! Of course, she often gets “stung” by the cobra and then has to take a nap.

As much as I bucked against and resent(ed) my strict, legalistic religious upbringing, it kept me out of so much trouble I could have gotten in given all the vices I flirted with. I absolutely do not recommend legalism to combat vice because if it really worked, I might not have flirted.

Because I was under such strict authority, I developed an unhealthy fear of authority figures. Compliance was almost always out of fear rather than respect, at least initially. As I got older I learned to distinguish between dictatorial authority and leader/teacher/mentor authority, but I had a big learning curve. 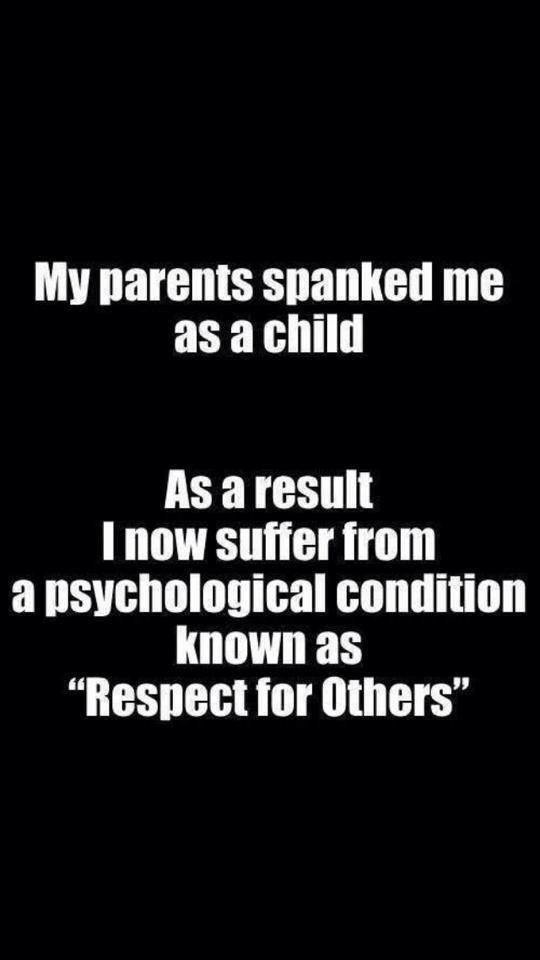 I’ve been seeing a lot of posts on Facebook that state they learned respect by getting good ass whippings as a kid. I know they are just resharing a meme, and I can’t speak for anyone else’s raising. But I know for a fact that I did not learn respect of any kind from any whipping I got as a kid. I learned from those whippings to fear punishment when I do wrong from those giving me the whipping, and nothing more.

I want to note, I am not anti-corporate punishment. I can’t say it’s never necessary, and I also cannot say that it was always given to me inappropriately. It was the berating from my dad that accompanied the whippings that did the greatest damage. Therefore, any spanking/paddling from anyone else was taken in the same manner – as punishment for not being smart enough to be good enough.

Therein lies a big problem when we try to project a meme as a cure-all when we don’t know any backstory. For all the discipline and instruction to respect elders and authority, I still carried around an unhealthy and disrespectful view of authority just waiting to spew out. A1C Nemec still gave a 2Lt the stink eye and a snotty answer over the way he asked her who gave the all clear after a simulated attack. SSgt Nemec was still openly and belligerently disrespectful to a Chief Petty Officer on multiple occasions.

Respect that is borne out of fear of punishment is not respect. It is self-preservation, and doesn’t place value on other people. Healthy respect places high value on another person regardless of that person’s position of authority.

We actually learn respect by watching others model what respect looks like. A quick glance through political posts on Facebook gives a clue as to where today’s children get their lack of respect from. “Democrats/Liberals are idiots!” “Republicans/Conservatives are stupid!” We disparage those with whom we disagree politically/ideologically/religiously and wonder why our kids are disrespectful.

I listened to my dad exalt himself above everyone my whole life and picked it right up and ran with it. It was my normal. I think this is the kind of attitude that fuels the perpetual outrage that manifests itself on Facebook through self-righteous political/religious posts demonizing, devaluing, and ultimately dehumanizing whatever group/culture/ideology/class/ethnicity/religion we disagree with. After all, we believe we have figured out what’s wrong with the world. “If only people would just listen to me…”

Most events are not clear-cut with a black-and-white clear cause and effect. People who hold different beliefs or belong to a different culture than you are not beneath you with nothing to teach you. We are all struggling with junk. When we have to tear someone else down in order to show our superiority, we are actually showing the ugliness of our own attitudes and beliefs. And that in no way exalts us above others except in our own minds.

It’s that lack of respect for other human beings that is what is wrong with our society today. And as long as we continue to perpetrate, the worse our society is going to get because where there is no respect, there is certainly no love.

So think about how you really learned respect and whether or nor you really show it.

4 Responses to 'How did you learn respect'