You would think that growing up in the United States this concept wouldn’t be such an issue for me to grasp. Of course, growing up as a kid in the U.S., and in the Bible Belt South no less, I took a certain aspect of freedom for granted. Serving in the Air Force took care of most of that entitlement mentality. Actually, serving one short deployment in the Middle East took care of that though not at the time. But even still, I did not understand freedom because I didn’t know what it was like to not be free.

Or so I thought.

What I finally came to realize (thanks to some outside intervention) was that I was a slave to alcohol and a prisoner of my past. I was oppressed by a domineering father and a rigid religion as a child. I became so weighted down with guilt and shame as a child, and the only thing that was alleviating that pain was alcohol. I didn’t feel the pain of not being good enough while I was drunk. I felt confident. I felt free.

The freedom I thought I had while drunk was a lie.

You are never free when you are spending all of your time and energy on trying to be “good enough” particularly when deep down you know you can never be perfect. Perfection as the standard will always leave you feeling inadequate. Eventually, you will realize the futility of trying and will throw your hands up in surrender because your life is unmanageable.

There are 2 ways you can surrender. You can throw your hands up and say “Screw this!” or some variation of that thought, and proceed to do whatever you think is going to make you feel good. This is the path I took initially. Outwardly, it worked. I appeared to have everything together, but I was not working through my problems. I was just numbing and escaping. Therefore, life just kept becoming more unmanageable until it got to a point I couldn’t cover it with a facade.

The other way to surrender is to throw your hands up and say, “I can’t do this anymore and I need help!” This is the point I eventually came to. My life had gotten so unmanageable that I was coming apart at the seams. It is taken a lot of therapy and a couple of 12 Step groups to sort through and work through my issues. But they couldn’t really resolve my religion issues.

I had God issues because of my Daddy issues.

If I couldn’t ever measure up to my dad’s standards with my behavior, how could I ever hope to measure up to God’s standard of absolute holy perfection? Plus since my dad had so many issues that he never addressed, I had contradictory information on what good behavior was. Because of his abuse, he abused, and I projected onto God’s character that abuse was normal. And you know what abuse does to the abused? It makes them feel less than. Shamed. Not good enough. And it was rigid religion that allowed that abuse, because wives submit absolutely to their husbands, children cannot ever question their parents’ behavior, and daddy’s are the absolute boss and never wrong. This was God’s way and so God must be like my daddy.

There wasn’t really one event that opened my eyes. It was several things. Sessions with my therapist. Chats with my sponsor. Chats with friends. Blog posts. Books. Sermons. But one thing that stood out from a sermon, and I think it was one Pastor Jared preached, where he said, “Don’t forget who you are, and don’t forget whose you are.” And it really started sinking in who I am in Jesus. What that really means. That God the Father’s love for me is not contingent on my behavior. It never was. It’s dependent on what Jesus did.

I can quit trying to earn God’s love because grace is given out of love.

That’s when I realized I was free. That’s when I understood what freedom really is. Because that’s when I finally understood what it means to rest in Christ; to “Be still and know that I am God.” Jesus did all the work for me. I’m not ever going to be Mary Poppins, “perfect in every way.” Freedom comes from knowing I don’t have to be perfect because Jesus was perfect. As Pastor Benji said last Sunday in his sermon, 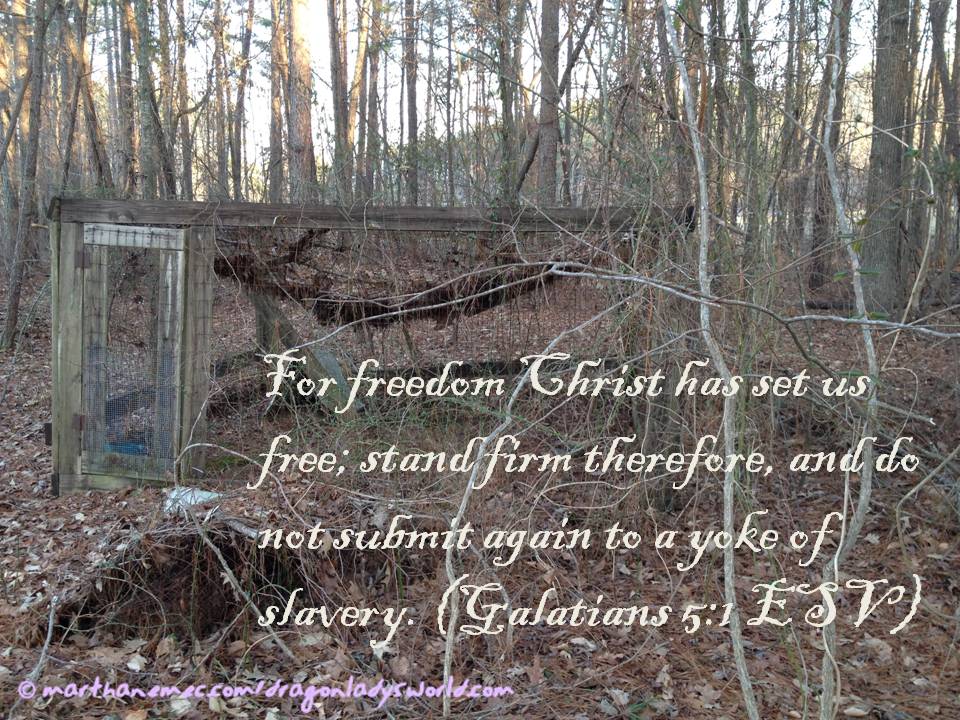