This week. I’m glad it’s over. And I switched my “happy pills” back to morning because I think that change to evening was a bad move. And not because I was grouchy that one morning. lol It hasn’t been a bad week, just a busy one. I think I might have been busier this afternoon than I have been the past 2 weeks because at one point I had 3 different things going on at the same time.

Wednesday the hubby and I celebrated our 20th anniversary. Hard to believe it’s been 20 years. Many of those rough years. I told James weeks ago that we were going to Shucker’s for our anniversary because Petra raved about it after they went the first time. And just like the bison burger, she didn’t do it justice. I’m pretty sure I could have eaten my weight that night especially since I couldn’t eat any hush puppies or garlic bread. 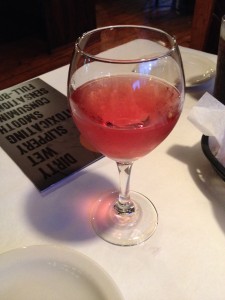 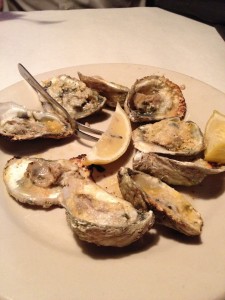 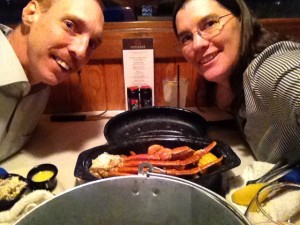 Of course last night was Halloween as if no one knew. haha. Chad asked me to take him and his friends trick or treating. I gave him the “You’re too old to still be trick or treating” look, but finally conceded that I would take him if his daddy would pick him up. Ended up taking Chad and 2 of his friends and Jamie and one of hers. 5 total. 4 teenage boys and Jamie. lol But, you know, I decided to make the most of it. So I halfway dressed up.

Gizmo’s photobomb makes the photo. Jamie came out of her room and spent the rest of the time complaining about how I just made her life hurt. Then I spotted Chad walking up the driveway with his 2 friends, so I walked out to meet them. I wish I had captured the moment when they saw me. Chad was just about as mortified as Jamie. I was thoroughly entertained.

Heard this on the radio this morning. Took me back.