“Good luck getting out of your car.”

I just had another one of my brilliant ideas. Ok, I didn’t just have it, but I couldn’t say that without the correct quote. Anyway, so 5 miles was on the schedule for today, and since the marathon we’re running is a trail, we thought we should do some trail running. Campbell Creek Trail at Raven Rock is 5 miles. Perfect. So I proposed it to Karyn, who was up for it, and we took off to Raven Rock this morning to get our trail running on.

My 8am start time didn’t happen because 1) Evie and Precious decided to disappear right around the time I was set to leave and 2) I forgot to get chocolate milk the night before. It was closer to 8:30 when we got there, and then we had to figure out where the Campbell Creek trail was relative to where we parked. And then make pre-run photos which I shamelessly stole from Karyn’s Instagram via Facebook. 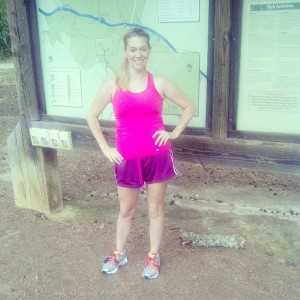 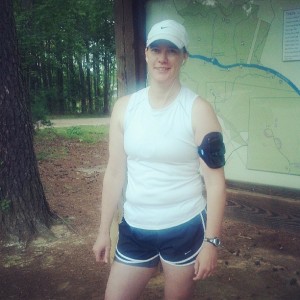 We decided it would be a good idea to run together. Karyn said she would slow down and I would have to speed up. LOL! Now I should note that the trail is listed as “moderate.” We weren’t too far into the trail when I said “Moderate my ass!” We got a light sprinkle, and it was welcome because we were hot. And then a little farther in I realized the rain sounded a lot louder than a sprinkle.

10% chance of rain this morning at Sanford. 100% at Raven Rock. #gotsoaked 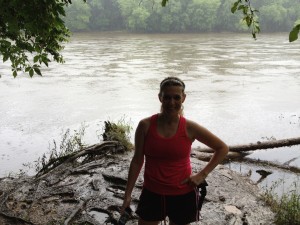 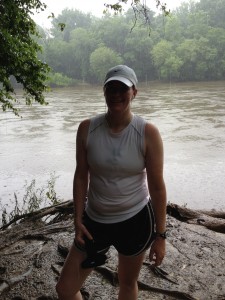 The loop was blocked there so we had to go back the way we came in. Oh, man. It was a lot worse with mud and puddles and slick roots and rocks. But this was cool. 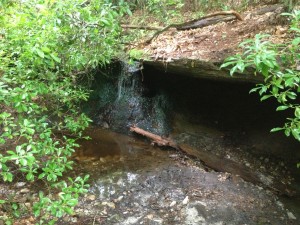 And then it quit raining, and some kind of horsefly-bee attacked me for like a quarter of a mile or so before we finally made it back to a parking lot. Throughout the entire trek we made accusing comments at the voice of her app that was telling us our time, distance, and pace due to the distance she kept telling us.

On the other hand, when it said at the end we had done 5.8 miles, I chose to believe.

Overall the run was no joke hard as crap, but we had a blast! Going downhill (with gravity dictating our speed) was like being a kid again running around in the woods. It called for a celebratory trip to Starbucks of which the nearest one was in Fuquay Varina. As Karyn said, “Why does Fuquay have a Starbucks and Sanford doesn’t?” The title of this post is the last thing she said to me when I got her back to her house. Surprisingly, I really didn’t hurt that bad when I got home, though I wince every time I walk down the stairs.

And I leave you with this:

This entry is filed under Photos, Running, Video.

3 Responses to '“Good luck getting out of your car.”'