The effect of focus

I’m afraid of heights. I’m not sure when I developed it because I did not have it when I was a kid. I first realized it one year when my mom and I went out to the old house at Birdtown to winter prep it. We had to cover the attic vents which required carrying the covers up a ladder and hammering them in. I got up the ladder and freaked. I couldn’t do it. Mom had to manhandle the vent on the ladder.

I didn’t get any better with ladders though I did get to a point where I could climb a ladder and do stuff, but barely, and I was terrified and hyperventilating the whole time. I had to face my ladder fear this weekend.

Half of the living room had been repainted, but didn’t get finished. Like most of the projects around the house. I finally tired of being pissed off about it and decided there was nothing stopping me from just finishing it. I had gotten more paint, and kudos to the lady at the Pittsboro Lowes who did an outstanding job of matching that paint. Labor day, I intended just to paint the one wall so I could move the TV, but it went so quickly that I did all of the room except for that small bit on one wall that is technically on the 2nd floor.

That was going to involve getting on a ladder and painting at the same time.

Some of it I was able to cut in from the 2nd floor landing, and thankfully that was the highest part. But still, I was going to have to get really high up on that 8 foot ladder with a paint bucket and brush…and actually paint.

There I stood, 2 rungs from the top, paint in one hand, brush in the other. I dipped the brush, wiped off some of the excess paint, and put the brush to the top edge of the wall underneath the molding. No tape. “Just hold the brush steady and cut the line.” I took a deep breath, and that’s what I did. I focused on cutting a straight line, and kept the fact that I was on a ladder secondary. 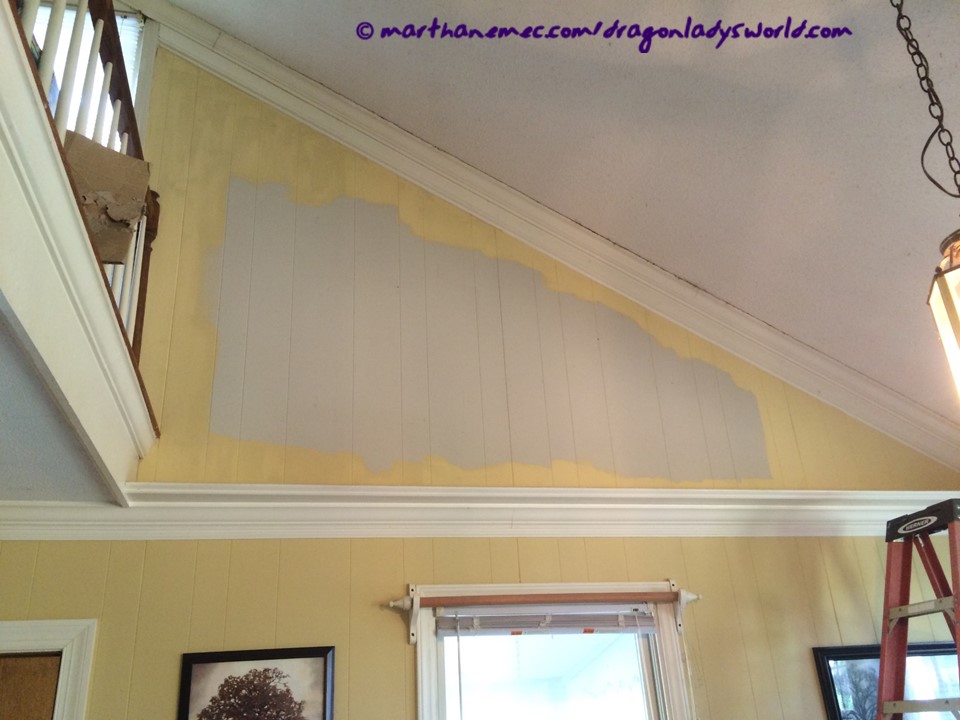 I think in life we have a tendency to get so caught up in secondary issues that we are unable to do what we need to be doing. We get overwhelmed by things that are largely outside of our control so that we can’t focus on what is within our sphere of influence. It wasn’t that I ignored the fact that I was on a ladder. My safety depended on my awareness of standing on a very small surface 6ft off the floor. But my primary task was to paint a straight line, and as long as I focused on that task, I was able to do it without fear of falling.

I also had to have faith that the ladder would work as designed.

I made sure the ladder was solidly level and steady before I ever climbed it. I did not climb above the recommended highest safe rung, and stayed a rung below it. I made sure to lean my shins and knees against the 2 top rungs to steady myself. I am prone to vertigo so ensuring I had my body supported as much as I could helped to stave off that feeling of pitching. I did what was in my control, and left the rest to the ladder to not collapse.

I took the appropriate safety measures with the ladder because they were within my sphere of influence. Then I let that go and focused on the task itself not allowing myself to stew on what-ifs or if-onlys. 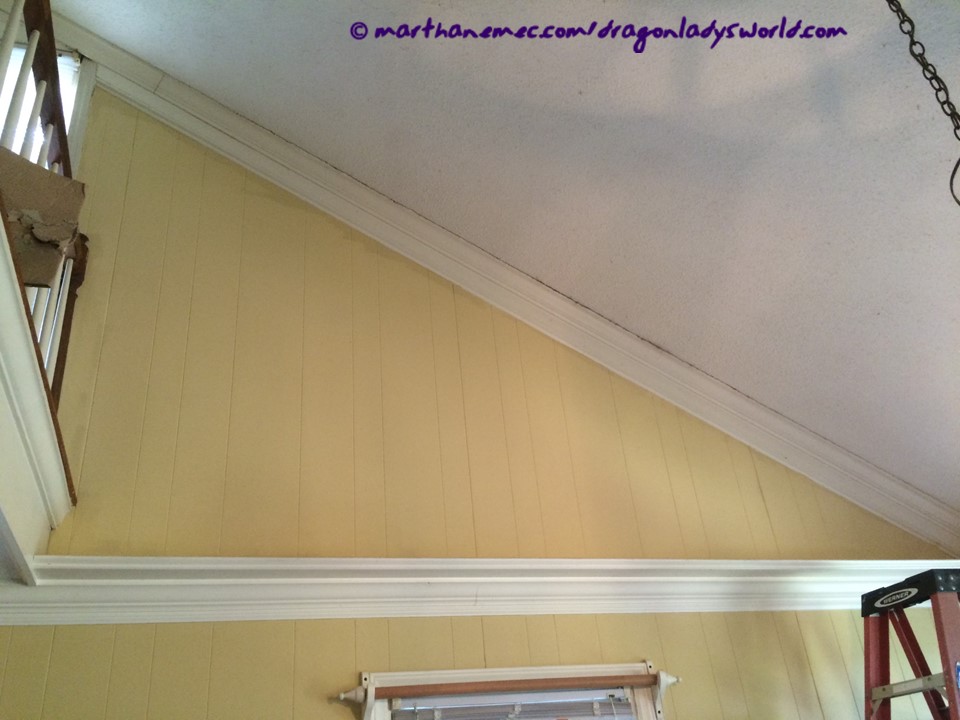 Focus on the task at hand. Just do the next right thing. Be aware, but do what is yours to do and do it well without grumbling and without fear.

And don’t live in fear over things that you have no control over.

This entry is filed under 500 Words, Contemplation, Life, Photos, Recovery.

6 Responses to 'The effect of focus'