Settling back into normal

My mom turned 80 a week ago, and I flew home over the weekend to attend her birthday party hosted by one of my cousins. Great food, cousins I hadn’t seen in YEARS. My poor kids were overwhelmed by all the family who they didn’t know, but who knew them. I did not take a single picture, and I am waiting for someone to either email some out or post on Facebook. I would poke at them to do so if I could remember who was taking them. lol Just for the record, I have broken another one of my rules. I always said, “The DragonLady doesn’t get on a plane sober,” but I did going and coming. I wasn’t at all comfortable, but I was sober.

I got up and ran 5K Saturday morning from my mom’s. That was the craziest run I have had so far. I was fine running down to Uncle Fred & Aunt Becky’s, and I was fine running to the old school, but from that point on, every time I ran uphill, I thought I was going to poop. (That’s your TMI for today.) I mean, it was crazy, and I didn’t think I would ever get that last 400 meters done. Pretty sure the chick on Nike+ said “100 meters left” twice. And once I was done, I couldn’t go. Weird. 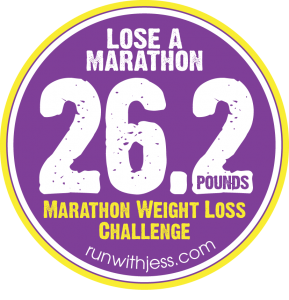 It probably would have been more had it not been for the birthday party, and that moment of weakness when I drank a Dr. Pepper. But, it’s all good because I met my 3rd milestone and went under 180. I began reading Eat to Live since my doctor “prescribed” it 3 or 4 years ago. So far it is reinforcing everything I have researched and fell upon since going gluten free and then going natural(ish).

After waking up sick yesterday morning, I ended up calling in and went back to bed and slept until 10:30am. I think maybe I was just exhausted and dehydrated because when I got up that second time, I ate and drank a bunch of water, and then felt fine by 3pm. So about 7, I decided I could try a run, and I ran 4.55 miles. I probably could have run farther, but I told the kids before I left that it shouldn’t take me more than an hour. The first mile felt good, I wanted to quit the entire second mile, I wanted to quit for half of the 3rd mile, and then I just kept telling myself that I could make it back to the church. Once there, I told myself I could make it to the 4 mile mark, and at that point I was confident I could make it home. I was feeling real good once I made it back.

And I am now training for the half marathon in November. Karyn sent me the 20 week training plan she is following, which this would be week 19 and I’ve not been exact, and still won’t be since I have a 5k next week, but it will be ok. I think.

This was stuck in my head nearly all day Monday…

2 Responses to 'Settling back into normal'