This entry is filed under Remembrance, Video. | 3 Comments

This is pretty much a repost from last year. I haven’t received anything via email this year that tops this. I will add this though, the below cemeteries are identified as being just in Europe, but there are more than just the European cemeteries. Additionally, these are just U.S. troops, and (I think) just from WWII. But even if they span both World Wars, it wasn’t just U.S. troops who gave their lives. We had many allies who fought for freedom too. Those we fought paid the ultimate price also, and even if they were on the wrong side, they weren’t all volunteers (any more than all of ours were back then), and many of them also left behind families and friends. I have heard many times that Memorial Day began because of Confederate women who not only decorated Confederate graves, but Union also. One side in war wins, but both sides lose. 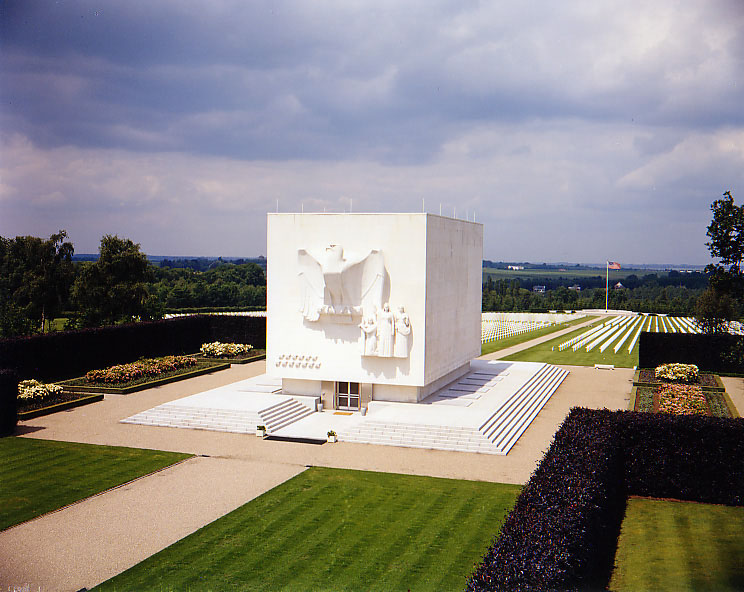 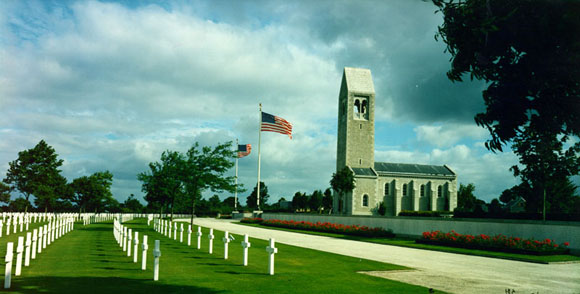 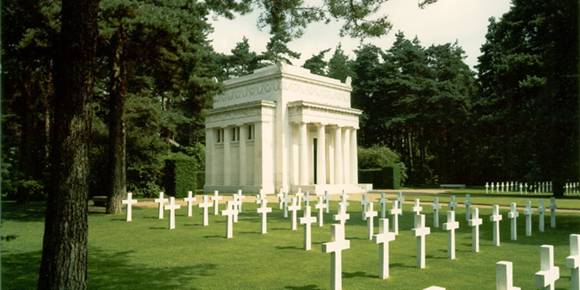 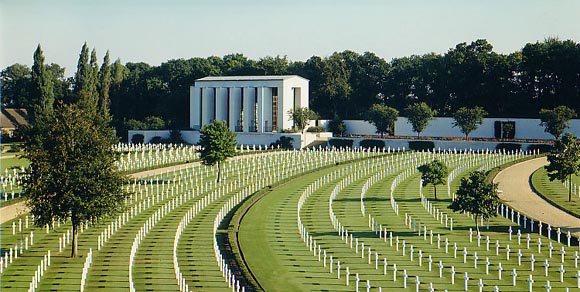 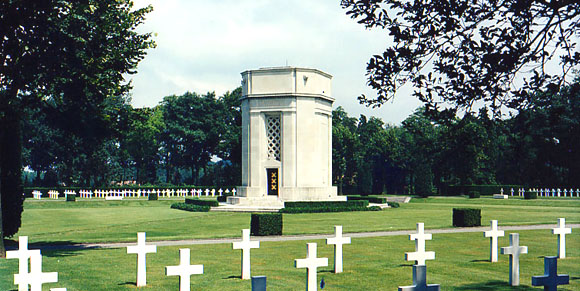 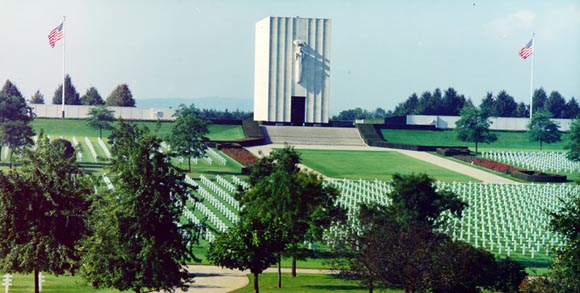 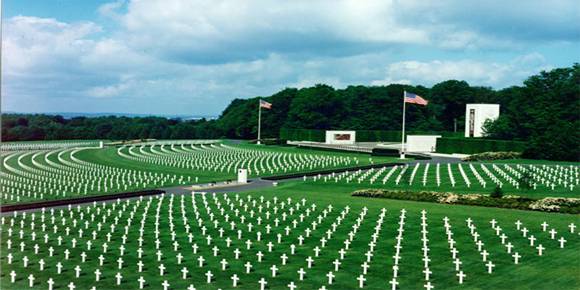 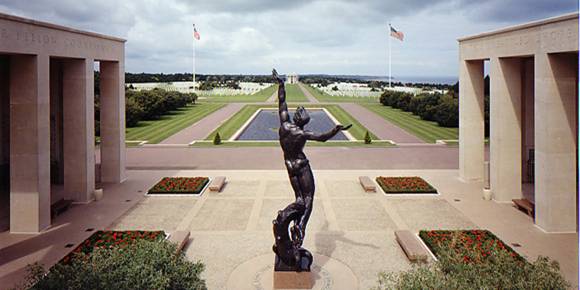 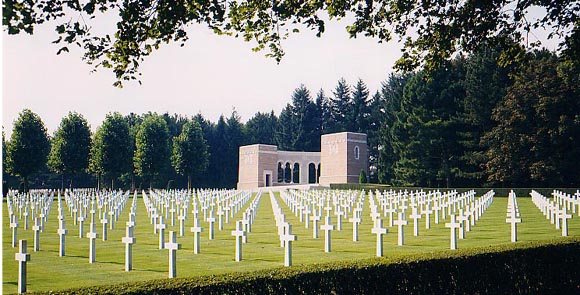 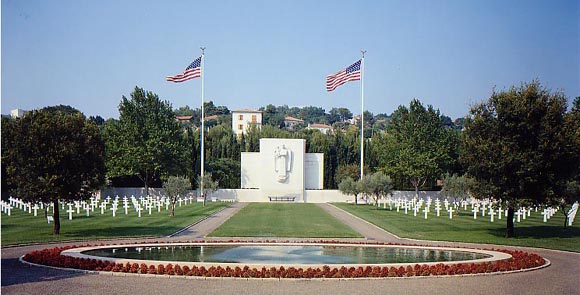 I was in AF Tech School with orders to Tinker AFB near (as in a suburb town away) Oklahoma City. The hubby was in Biloxi visiting me the week that the Murrah Building was bombed, and was the one who told me about it as he met me for lunch after my classes were over that day. Later, after we were at Tinker, he joined the Army Reserves and one of his senior NCO’s was in the Murrah Building the morning of April 15, 1995 when the truck bomb was detonated. She was injured, but though her physical injuries lingered to an extent, I suspect the emotional toll was much greater. She did not talk about it. There was a young lady in the 32nd CCS (my orders were for the 32nd, but that was changed to the 31st before I arrived) had gone to the Murrah Building that morning also. She had just gotten married, and went to the building to get her name changed on her Social Security card. She did not survive, and many of the friends I later made that knew her continue to mourn such a senseless death.

This entry is filed under Military, Remembrance. | 3 Comments

This entry is filed under Faith, Remembrance, Salvation, Video. | 2 Comments

It was a nice day, and even sunny. Several of us went to the annual Technology Expo at the gym, mainly to pick up neat toys for the office. As I did everyday back then, I went to the gym that afternoon to work out as there was no way I was going to buy new uniforms when I had less than a year before I could start terminal leave. I would get there about 1:45PM, so I would have just enough time to change clothes before Dave began cleaning the women’s locker room at 2, and then would be finished with my workout about the time he got finished. It was Tuesday, and that was elliptical day. As I came down the stairs, I saw a towel on the good elliptical machine. As I walked in the room, I saw the towel’s owner in front of the TV. He turned to me and said “A plane just hit the World Trade Center.” I said something like “Oh wow. Those poor people.” Got on the bad elliptical and started my workout. So now he gets on the good one and starts his workout. So there we are watching an interview with a witness when I notice a plane in the backgroud which seemed to disappear behind the towers. I thought “What the ___?” (I don’t remember exactly which 4 letter profanity it was.) Then it started to hit me that there was an explosion about the time the plane disappeared. Now the reporter notices and reports that a second plane just hit the other tower. As the sickening feeling started, the guy next to me said “It’s terrorists.” I started yelling at the TV (as if it would help) “Get the ____ planes out of the air!” Again I don’t remember what profanity spewed within that statement. This was followed by the big picture sinking in with the thought “Well that’s it. I’m gonna be stop-lossed.” I went ahead and completed my workout on the cross-trainer, but opted not to do the additional weights that I normally did. I changed and headed back to the office. Everyone was standing in front of the TV when I topped the stairs and I was informed that another plane had crashed into the Pentagon. At this point we all know the THREATCON level was about to go up significantly and that we might be at work for a while that night. I called home to tell James to pick up the kids from daycare as I didn’t know when we would get released. He had no idea what was going on. I said, “Turn on CNN.” I was on the phone with him when the first tower collapsed. At some point, the smokers headed outside, and I followed because I really wanted a cigarette bad. I didn’t smoke one thanks to Heidi. She wouldn’t give me one of hers and threatened serious bodily harm to anyone who would dare to give me one. I was pretty pissed at her for about a minute or two, but since then I have always been grateful that kept me from falling off the wagon that day. I don’t remember when we finally got released, but there was a line of us heading back to Alconbury together on the back road. Just past the poop farm and just before the woods, I started crying. I had composed myself by the time we got to Alconbury village, but was still a wreck when we got to RAF Alconbury. I noticed as I sat in line at the gate that I wasn’t the only one that cried on the way home as some still were. There would be little sleep that night. Every time I heard one of the fighter jets fly over, and that was all that was flying that night, I would go on personal alert wondering if it was really one of ours or if a big plane was going to obliterate base housing.

The next day, 2 or 3 of us walked to the shoppette at lunch. On this day, which again was sunny, I had been in the UK for right at 2 ½ years. At no point prior to that day had it ever been as quiet. It was like we were the only people in existence.

I wrote this originally a year ago, or maybe two. I forget exactly when. What I don’t forget, is 11 Sep 2001. I still remember the events of that day as if it were yesterday. I remember that night chatting on AIM with Brenda who was at work in Arkansas. She called my mom while we were chatting to let her know we were all ok.

But I’m still angry. I’m still angry at the bastards who hijacked the planes. I’m still angry at everyone in the Middle East who danced in the streets rejoicing that America was suffering. I’m angry at all the damn political correctness the bleeding hearts of this country still hang on to thinking it will save them from the boogeyman.

But I will never forget. Ever.

This entry is filed under Remembrance. | 4 Comments

Since today is really the traditional Memorial Day as opposed to the day off this past Monday, I will post my tribute today. This is an email I received from the director of the organization where I work, and I also received a copy of it from a friend.

This entry is filed under Military, Remembrance. | 6 Comments