Lucille 2 has left the building

You know what I haven’t done in a while? A list.

1. Instagram is so flaky via web. At least mine is. Likes I leave disappear. Comments I leave show up on different photos. Aggravating.

2. I wuss out so easily on a virtual run. As I was pushing my entire grocery budget full of groceries across the Walmart parking lot Saturday afternoon, I told Jamie that I would NOT be running outside in that wind. Then I texted Petra to say it would be 5 (4.97) elliptical miles. Then that didn’t even happen. Hindsight: I should tell Karyn and Molly before I have to run that I need to run. I listen to them better when exercise is involved.

3. Speaking of Petra, we went to La Dolce Vita Friday night because I wanted pizza. So after the waitress leaves after we gave her our orders Petra says to me, “Did you just wink at her?” I didn’t even realize I did it. There we have it. I’m a winker. Apparently. And I said “winker” not “wanker.”

4. I played with the C.O.R.E. Worship Team yesterday. As always it was fun, and this time I didn’t need my chord cheat except for one song. Bradford got us all together for a group shot after the last service (minus one):

The last service was extra fun (or funny) because I had a case of vertigo going on.

That’s how I felt. Like Lucille Two. I nearly fell over several times including in the bathroom. 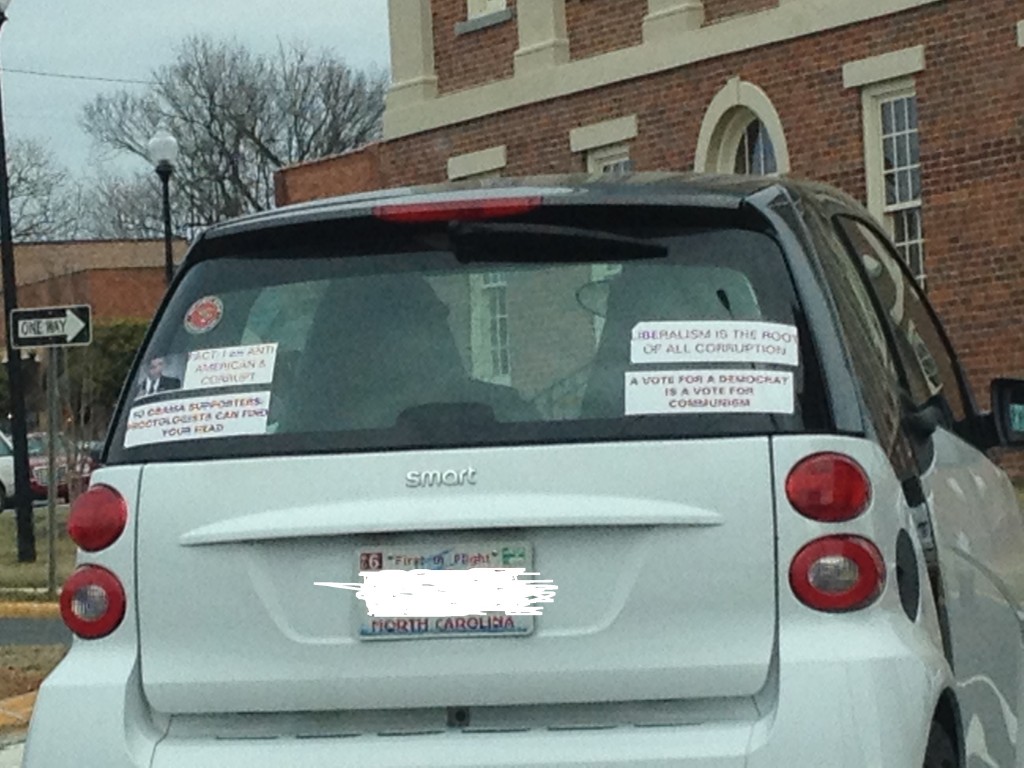 I really dislike political and religious bumper stickers. Doesn’t matter what side either.

6. I’ve been really slack lately commenting on other people’s blogs. I’m still reading, I just can’t generally formulate anything more than “Hey, great post,” which just feels like commenting to get people to read my blog. Not that I have ever been above link whoring, but this just seems dirtier.

2 Responses to 'Lucille 2 has left the building'