I’m going to try a little something #NaBloPoMo

Since I didn’t blog at all in October (I did do a lot of journaling), I thought I would give NaBloPoMo (National Blog Posting Month) at try and see if I can actually blog every single day in November. And to start it off, I’m going to recap October – mostly in pictures.

My therapist told me I needed to get away an chill out because I was winding down September about to breakdown. So I spent the first weekend in October in and around Wilmington because what better way to chill out than on the beach!

I hit a small beach at Ft Fisher, and there was hardly anyone down there but fishermen. That was fine as I wasn’t going in the water anyway because the red devil went with me to the beach. It was a good chance to relax, and had a friend tell me when I got back that I looked at lot better than I did before I left. I really enjoyed doing what I wanted when I wanted. I even enjoyed getting sunburned in October.

Then I got called out by my daughter’s therapist for my avoidance, and after making a remark to Petra, she told me I needed to call my sponsor. Of course I didn’t.

But, I did make a plan to stop avoiding and had a family meeting and made Jamie get her learner’s permit. 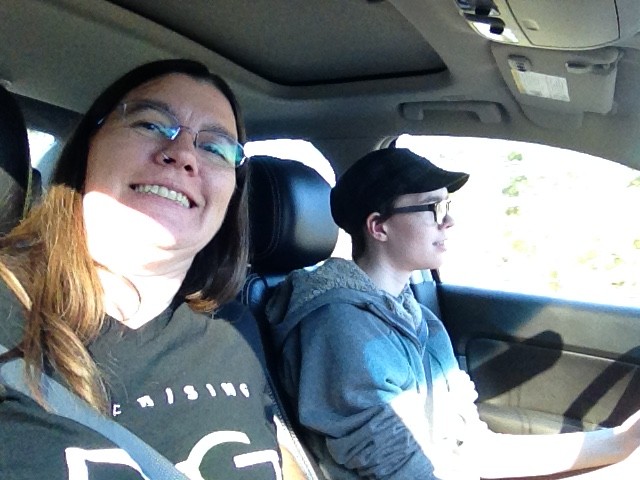 She also started crocheting again and I took this hat. 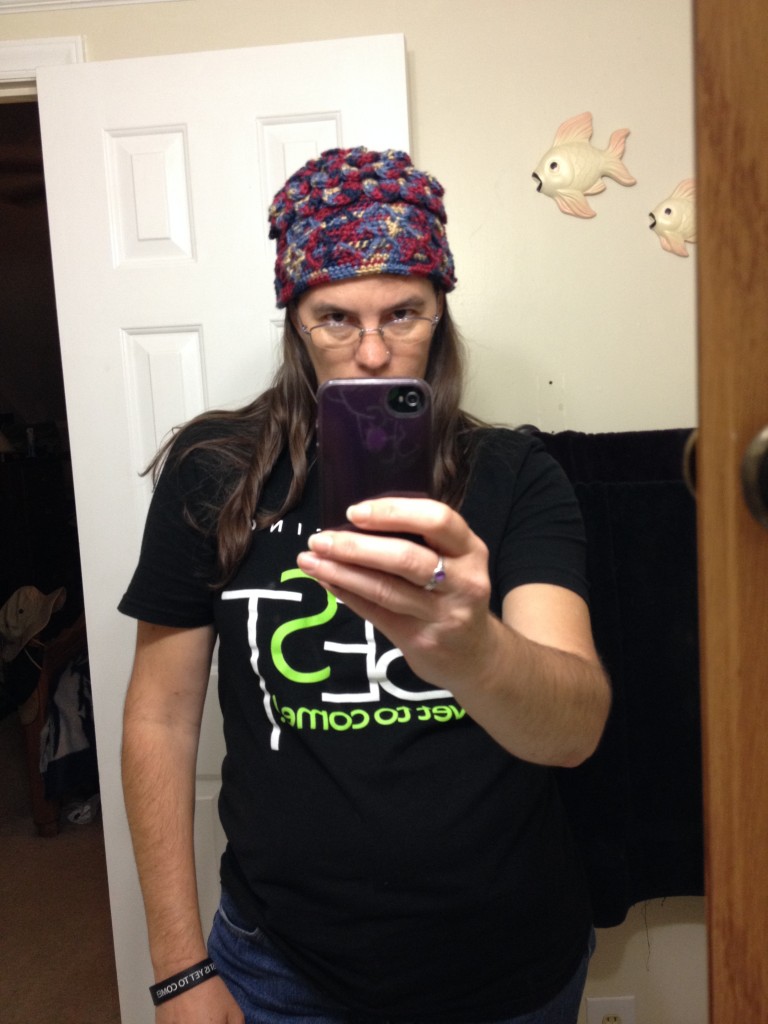 I’ll finish this off with Halloween. Chad was the Ultimate Warrior, and I failed to get a picture of him. Jamie was an Adventure Time character, but since I didn’t get a shot of Chad, I won’t post that one. I, however, decided to go as Stevie Nicks. The $6 Walmart wig doesn’t really capture her hair in any era, but the witch dress kind of hearkened back to the White Album/Rumours era when combined with the top hat. 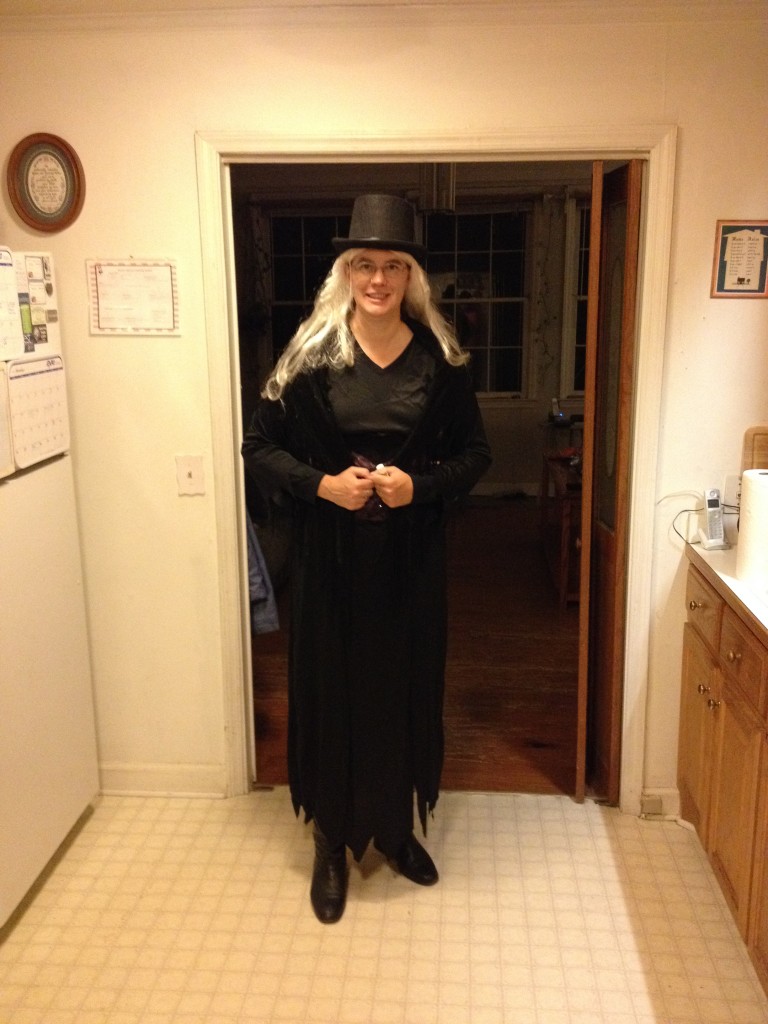 Ok, perhaps I didn’t pull it off. Oh, well. People just thought I was a witch, and that’s ok. One of the baristas asked me where my broomstick was. Haha! 12 hours was way too long to wear a wig and I had a splitting headache by the time I got home.

There was a lot in between the beach trip and Halloween, but that all went into my journal. And therapy sessions.

So we will see if I can pull off this whole blog post a day thing in November.

This entry is filed under Announcements, Life, Photos, Video.