Yes, I have managed a post every day this week. Take note because this rarely happens.

Ok, this can’t wait until Tuesday. I forced myself out for a run last night, you know because I have a 5k week after next. 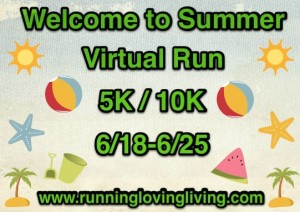 Of course Molly talked me into running it with her even though my record distance was 1.5 miles running before having to walk. But since I had managed 1.5 miles twice since Saturday, I was determined to go for 2. I did my hill training route, which is back and forth between the hills on either side of the house. I treat it as a really oblong track since it is on the road and I always run facing traffic so as not to get hit from behind. Anyway, it turns out that 4 laps is 3.1 miles – a 5k. Perfect for training and I’m never more than a quarter mile from the house. Saturday, I did 2 laps before walking, and last night my goal was 3 – a little over 2 miles. Well, once I made the 3rd lap, I heard Molly’s voice telling me, “YOU GOT THIS!” I decided I would try for the full 4…and I did it. I barely made it up that last hill, and can walk faster than I was running, but I made it, and finished off the last quarterish mile all downhill. FINALLY!

I’ve had this stuck in my head most of the week:

In case you haven’t heard, Bob Welch has died. In case you have heard and still wonder who he is, he was one of the Fleetwood Mac guitarists, post Peter Green & Jeremy Spencer, and pre Buckingham Nicks. He had a couple of solo hits in the 70’s after leaving FM. The following song is one of them, but this isn’t his solo version, it is the original Fleetwood Mac version which I like much better.