I had a small mental crisis last week. I called it an existential crisis, but it wasn’t. Neither was it a crisis of faith though that would be closer to what it was. Experiential crisis would probably be a better term for what I was experiencing. I was listening to a podcast on the way home from work and they were talking about how your body stores trauma during fight or flight events in which you cannot fight nor escape and, therefore, freeze and shutdown. There’s no place for the energy of the adrenaline to discharge so it is absorbed. I’m probably taking a lot of license with that paraphrase. I may even be mixing in something I read this week as well that was related. Either way, that’s what I took away.

During the podcast, the guest said something that triggered a memory which led to me saying, “OH MY GOD!” out loud while beginning to question my salvation experience. I made a connection that a couldn’t see before. See, I was saved during a revival. Not at church, but at home if we are using the “sinner’s prayer” as “the moment.” I was 12, and the dude preaching the revival was an asshole. No, I will not tone that down. He was an asshole. He was so much of an asshole that I refused to go forward the next night of revival and give him the credit for my conversion (remember, I was 12). After all, when I said my prayer – WHICH I MEANT – the weight lifted, and I was at peace. You know, just like so many testimonials I’d heard growing up. What I can’t do is really explain why I didn’t do it after the revival was over. I loved our pastor, and still do. It had nothing to do with him or the church. I told one person within the next 2 ½ years, and it was one of the other kids who asked me point blank one evening before church.

Back to the asshole evangelist, 2 ½ years he was called back to preach another revival. Still an asshole, and I got that same feeling I got during the last one he preached and decided I wasn’t going feel that fear again (and it was absolutely fear) for any length of time and walked the aisle to make my profession of faith. I was baptized a couple months later, we moved a few months after that, and when I was 19, I walked away from the church and wouldn’t really go back until I was 38. And now I’m really digressing.

When my “OH MY GOD!” moment happened, I made a connection. See, I’ve always wondered why in the world God would choose that asshole to speak through to me. Because, of course, all preachers speak for God. I was well indoctrinated with that religious authoritarianism from birth being a deacon’s kid. What I didn’t connect for years is that my dad was also an asshole and that asshole evangelist used a lot of the same tactics of controlling through shaming that my dad did. Naturally, that would produce the same fear sensation but because it happened at church during a sermon, I assumed it was conviction of the Holy Spirit because I didn’t know diddly squat about trauma.

A few years ago, I went through a similar crisis though at that time it was absolutely a crisis of faith. I questioned where I had been emotionally manipulated into “getting saved” and that maybe I wasn’t really saved. There was certainly a good portion of my adult life that I was not following Jesus. I poured over scripture searching for assurance until I finally found the security I was seeking. In hindsight, the fact that I turned to prayer and bible study was a good indication that I was not deceived into a false conversion. But after my episode last week, while I did not question my salvation, as I said, I questioned my experience.

I only wrestled maybe for a day before I found peace with it. While I was hesitant initially at 12 and didn’t completely understand what I was feeling (fear) nor why, after some reasoning out based on other’s experience, I went to Jesus. And anyone I would have talked to at that age if I had talked to anyone about it (which I absolutely would NOT have done because “Don’t talk. Don’t trust. Don’t feel.”), they would have pointed me to Jesus. But the point is, I grew up in church and knew who Jesus was and what He did. At the risk of sounding like a Calvinist (which I’m not, nor am I Arminian), there’s never been a time in my life when I wasn’t a believer. This isn’t to say I haven’t questioned and doubted, but too many things have happened throughout my life that were absolutely supernatural – both external to me and internal. 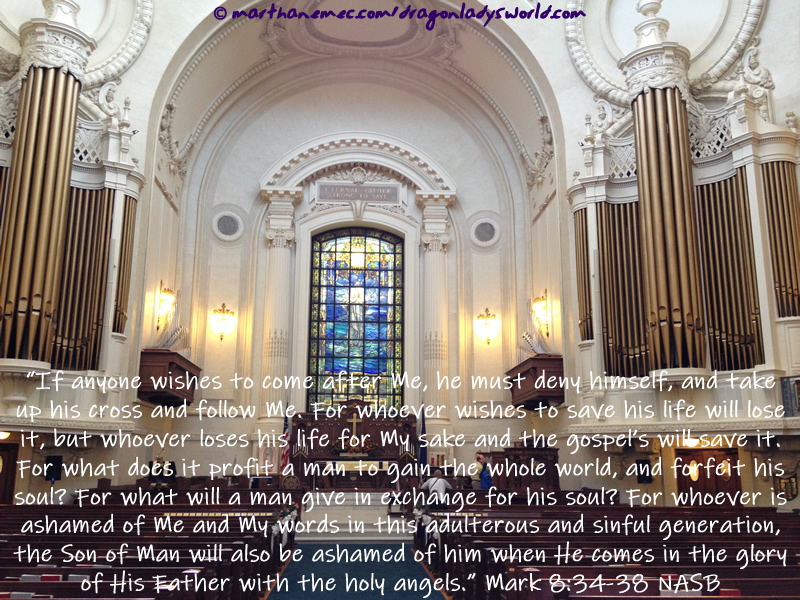 What I have come to believe is that salvation doesn’t rest in saying an extrabiblical “sinner’s prayer” and “meaning it in your heart” when you say it. Salvation rests in following Jesus. Jesus didn’t tell the disciples to “ask Him into their hearts,” He said, “Follow me.”

“Come to Me, all who are weary and heavy-laden, and I will give you rest. Take My yoke upon you and learn from Me, for I am gentle and humble in heart, and you will find rest for your souls. For My yoke is easy and My burden is light.” Matthew 11:28-30

So, my “sinner’s prayer” was not so much about being scared by a hellfire and brimstone (aka “turn or burn”) evangelist as it was believing that Jesus was going to give me the peace I needed. It wasn’t the prayer that saved me, it was Jesus. It isn’t saying a formulaic prayer that gives me the assurance I’m in Christ, it’s the daily dying to self even if it seems I can’t bear my cross and try to run away. The proof is in the fruit. The proof is in the resolve to keep following Jesus and turning back to Him when the Spirit tells me I’m straying. He knows what trauma does to a person and therefore I can trust that He protected then and protects me now from false assurance in His salvation. 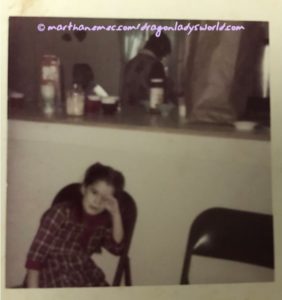