Skip to Content
Archive for the Book Quote Category

The edge of insanity

“Very few people could stay sane in your home. You are not a failure.” 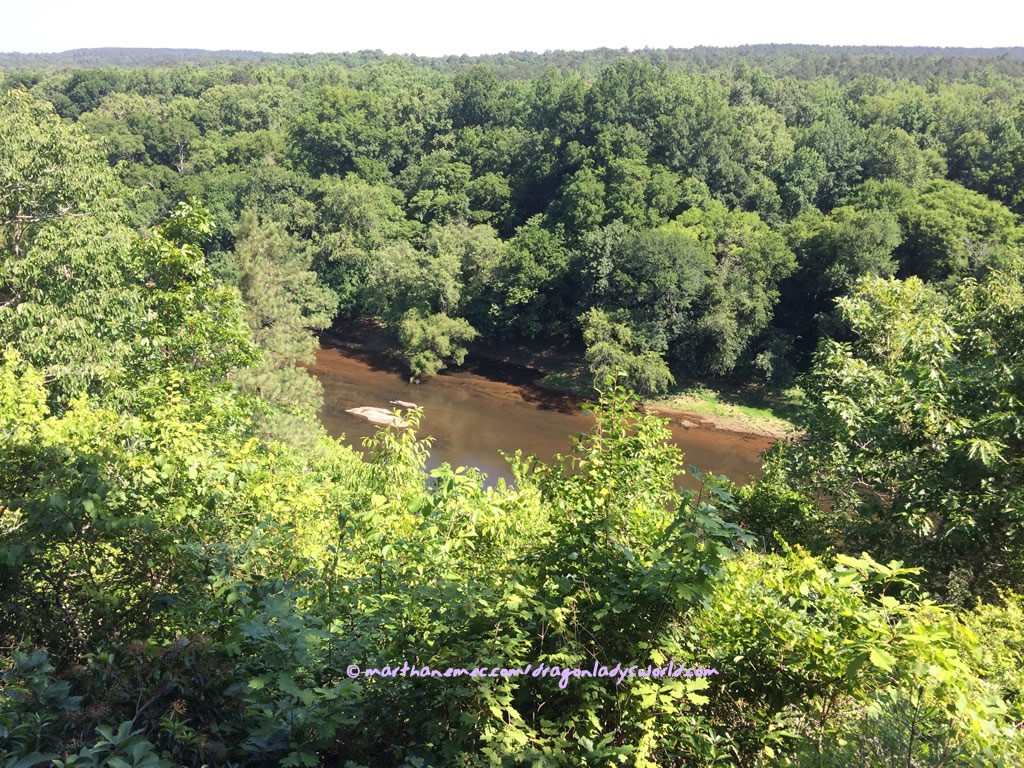 “I was standing on the precipice. Something had to give or else I was going to have to numb more often.” I was standing in a friend’s kitchen when I had that epiphany. Granted she had said something that flipped the switch so that light could come on. But at that moment, I realized just how close I came to losing it – completely.

Truth is, I had already lost it. It just hadn’t become apparent to anyone else. My bubble of control of my carefully crafted public persona had burst and I couldn’t get it back together. It’s probably safe to say that bubble was cracked and extremely fragile from the get-go. Lord knows I was sick before I ever took that first drink.

Lately I’ve been pondering why. Why when I hit that wall and fell apart did I reach out for help instead of turning to my old standby of numbing and escaping? I mean, I did, but not what I would have done had I not sought out therapy and group support. Why was I able to get that honest with my doctor?

I think back a few years to a periodic reinvestigation I went through for work. It was by far the worst one I’ve gone through. It occurred to me during that process just how isolated I was. I didn’t look at it that way exactly. I just looked at it as a red flag that I didn’t have any kind of a social life outside of work. And since I had been considering going back to church anyway, I decided that going to church would keep me from looking so isolated. Because I had an appearance to maintain. We found a church we liked, and I was able to make enough friends that I could list a few for my next reinvestigation and wouldn’t look like such a loner.

I always laugh when I think about that one. I listed Petra as a reference, and then I turned around and told her my junk. Of course at that point in time, I didn’t dare tell her everything, but a lot. I hadn’t set out to make “real” friends. My goal was my typical not-too-deep friends. (Which I differentiate from shallow.) Molly and Karyn got all up in that inner circle too. Actually, Molly is the root of that whole circle. She is the one who wouldn’t let me sit quietly on the sidelines observing. This might seem like I am digressing, but those ladies, Sarah, and Jessica (whom I don’t know quite as well as the others) played a key role in the beginning of my journey back to sanity.

Although I still had to hit bottom.

But it became real easy to get real with Petra and Karyn. Not surface-level, but “Hey guys, here’s my junk! I’m depressed and my marriage is a wreck!” I couldn’t train for 2 half marathons with Karyn and not end up in some deep conversation. I still say it was all Molly’s doing. She “forced” me to help set up for VBS with Petra and Brittany. Heck, she somehow managed to talk me into being the music leader for that VBS. She got me running by talking me into joining a newly formed local running club. She wouldn’t have asked me to lead the music if I hadn’t managed to become one of the worship leaders on Sundays. That wouldn’t have happened if I hadn’t joined the worship team due to an intense prodding in my gut. The girl who quit the youth choir in high school because she wasn’t going to do a solo ending up leading worship? That’s doesn’t compute.

None of it computes.

I was just thinking the other day about how several people I know who grew up in similar legalistic Baptist environments as I, and walked away wanting nothing to do with Christianity. Sure, I walked away, too, but I always felt called back.

I’ve been through a lot of doubt and blaming God, and the doubts and blame have always boiled down to wrong beliefs about His character based on wrong teaching. I’m even no longer willing to go so far as to call it false teaching because I am less inclined to attribute malicious intent and instead give the benefit of the doubt that it’s just lack of discernment because we naturally expect our pastors and teachers to be humbly teaching us truth.

So why was I drawn back? Why didn’t I lose faith and hope? Why, when my carefully constructed and controlled world fell apart, did I not give up, give in, and self-medicate myself into oblivion?

Grace blows my mind. There is no reason whatsoever I should have been delivered from my self-destructive attitude and behaviors. Nothing I did to deserve deliverance.

Grace will turn a heart of stone into living flesh. Grace will turn self-centeredness into love – genuine love – for “the least of these,” and not because of what the “least” can give them.

Love is patient, love is kind. It does not envy, it does not boast, it is not proud. It does not dishonor others, it is not self-seeking, it is not easily angered, it keeps no record of wrongs. Love does not delight in evil but rejoices with the truth. It always protects, always trusts, always hopes, always perseveres. 1 Corinthians 13:4-7

And grace will restore you to sanity even when you are sure you have passed the point of no return.

It struck me in the middle of a conversation where I was sitting on my pity pot bemoaning the latest catastrophe to befall me.

Because it is one thing to pray and surrender everything to Him and His will, but when you’ve done that, and something happens that you didn’t anticipate, it’s another matter to follow through by walking in the faith you thought you had when you said that prayer. Talk is cheap, but living it out is going to cost something.

Clinging to control and self-sufficiency is going to cost you a lot more.

A few years ago I asked “Just how broken do I have to be?” I knew at the time. Completely. I just didn’t really know what that means exactly. I have a much better idea now. It’s whatever it takes until I become completely dependent upon God and quit trying to do everything (and do everything perfectly) in my own power in effort to be good enough.

I was talking with a friend earlier this week and we got on the subject of legalism in the church. Since we both grew up Baptist, we were generally talking about Baptist churches since that’s what we have had the most experience with. I don’t know where it came from (I probably read it somewhere), but in response to discussing the logical though flawed thinking behind legalism, I said, “Grace is scary because grace can’t be controlled.”

If you can spot it, you got it.

The control freak in me doesn’t want to go down without a fight. She’s been calling the shots for decades because she has to head off every possible problem and either prevent it from happening or fix it before anyone finds out she messed up. Every time she thinks she’s hit bottom, it turns out to be a ledge, and she rolls right off over and over.

Faith is not primarily a function of how you feel. Faith is living out, trusting, and believing what truth is despite what you feel.

Can I really do this? Can I give up my control and self-sufficiency and really really surrender my will and my life over to the care of God?

Am I going to just admit where my best thinking has gotten me and just trust Him?

Am I going to accept the grace I can’t control? 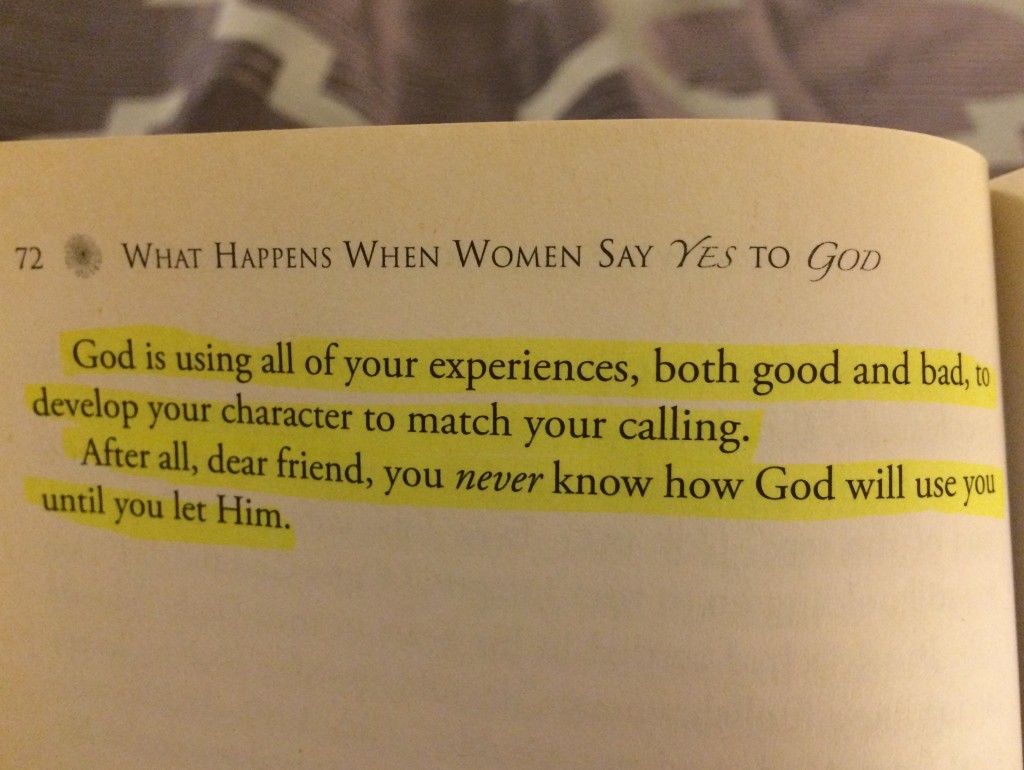 When the attitude changes

It seems like I turned into a girl overnight…at 45 years old. It’s the weirdest thing yet not something I want to fight. First it was just wearing makeup, but then I suddenly decided I wanted to wear dresses. Yes. The girl who hated, HATED, wearing dresses as a kid likes to wear dresses now. How does that even happen? And sure enough, when I wear them to work, everyone thinks I have an interview. And no, I don’t have an interview. 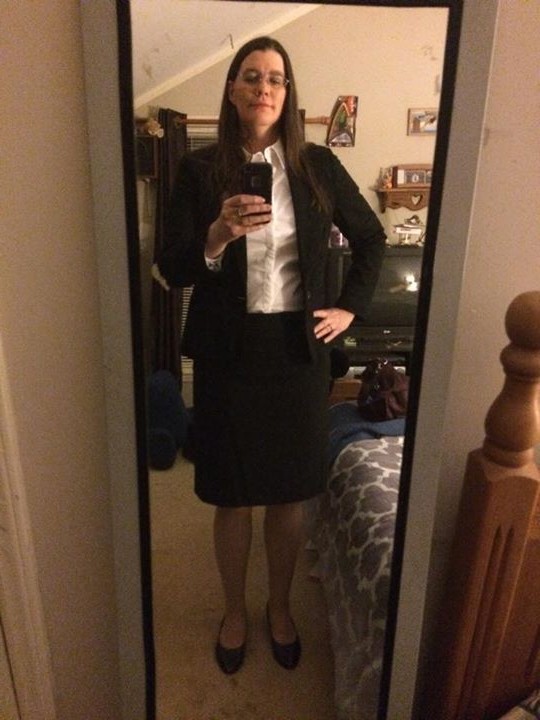 What I do have is a different attitude and I can only assume it is related to sobriety and working out a lot of issues affecting my view of myself. I still have a long way to go, but it’s amazing how much easier it is to travel just one day at a time. I was reading earlier, and I had gotten to a chapter with a title that included the phrase “return to sanity.” It led to a short office discussion in which I stated that returning to sanity insinuates that you actually had sanity at some point. I will also point out that I was reading about home organization not any 12 step material. Although, the last chapter of the book referenced the founding of AA which had me look at the book from a different perspective.

Regarding sanity and it’s role in organization or lack thereof, I also had a conversation recently regarding the disorganization of my house. I’ve known my house was out of control for years, but I never really saw it as it really was. Just as I took action on my own personal appearance, I have begun to take action on the appearance of my house. Truth be told, it has looked like a couple of drunks have been living in it. The kids’ rooms are complete wrecks because they learned housekeeping skills from a couple of drunks who made minimal (if any) effort to keep a clean and orderly house.

Given the state of our house and my change in attitude, I decided that the house is getting cleaned up one way or another. I had purchased 30 Days to a Clean and Organized House a few months ago, and with that as a guide, went after my family. Because, you know, if I’m the only one working and there are 3 other people living in that house, it should be clean. CLEAN! I gave the kids a week to get their rooms cleaned up or else I was turning the internet off. Chad asked for an extra day, but he got it done and his room was by far the worst in the house. In the meantime, I cleaned up my office, the landing upstairs, the master bathroom, and got a big chunk of the master bedroom done. James got the kitchen deep cleaned, and a lot of the living room. The only reason Jamie still has internet is because I cannot currently remember the admin password to the router.

“Our whole attitude and outlook upon life will change.” – Alcoholics Anonymous.

Finding a new way of life – and living it – will change your attitude, and the way you live life. Miracles happen, and promises come true.

There is a time appointed for weakness and sickness, when we shall have to glorify God by suffering, and not by earnest activity. There is no single point in which we can hope to escape from the sharp arrows of affliction; out of our few days there is not one secure from sorrow. Beloved reader, set not your affections upon things of earth; but see those things which are above, for here the moth devoureth, and the thief breaketh through, but there all joys are perpetual and eternal. The path of trouble is the way home. Lord, make this thought a pillow for many a weary head!

This entry is filed under Book Quote.