When you play with fire 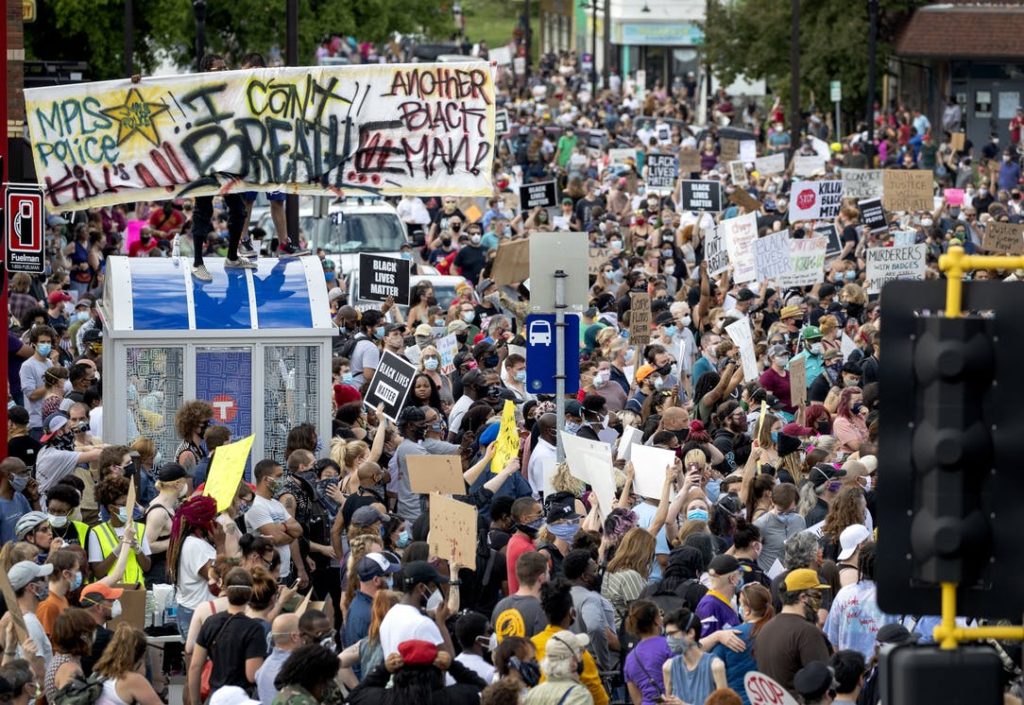 Protesters gather calling for justice for George Floyd on Tuesday, May 26, 2020, in Minneapolis. Four Minneapolis officers involved in the arrest of Floyd, a black man who died in police custody, were fired Tuesday, hours after a bystander’s video showed an officer kneeling on the handcuffed man’s neck, even after he pleaded that he could not breathe and stopped moving.
Carlos Gonzalez, Star Tribune via AP

The following was initially posted on my personal Facebook timeline.

Fellow white people, let me tell you a little story. And it’s gonna piss some of y’all off. A lot.

I grew up in an abusive home. I never knew what was going to be the thing that set my dad off because there was no rhyme or reason to it. So I became hypervigilant trying to stay one step ahead and not have to suffer the screaming and berating and having the shit beat out of me. When I failed to be “good enough” and got the berating, if I cried, I got a whipping. If I cried because the belt freaking hurt, I was often beaten more and told it wasn’t going to stop until I stopped crying. And so I began stuffing my emotions as part of my hypervigilance. And I became afraid of ALL authority because if your mom can’t (or won’t) protect you, who can? (I believe she did what she did out of survival also, but it doesn’t erase the damage.)

There came a point where so much had been stuffed that it started coming out on anyone. Puberty was when I couldn’t hold it all in anymore and I lashed out at people who did not do anything that should elicit my rage. It’s taken a lot of therapy to address my reaction to my injustice.

Now imagine that type of abuse only it’s directed at people with a darker skin color. You’ve got a large amount of people actively perpetrating injustice on an entire group of people which has been happening for centuries. Not only that, but there is another group who look like the perpetrators who do nothing to help. Those are the enablers. There are some allies in that group, but they remain a minority just like the victims. The black people as a group remain hypervigilant all the time and have for centuries. They are either ignored when they try to protest peacefully, or they are denigrated if they make the group with the power uncomfortable by not worshiping their idols and not staying “in their place” and providing entertainment. Or they march in the streets – unarmed – and are met with tear gas, rubber bullets, or real bullets. I don’t know what that’s like because I belong to the privileged group with the power. Mine was individual directed by a single individual. But I know that people can only take so much abuse. As others have said, it’s a powder keg that has sat near the fire getting hotter and hotter until a spark blows it. And when it does, just like an individual abuser, the collective abusers and enablers join to vilify the entire group and claim vindication about the “thugs” and “animals.” And the abuse continues because now it’s “justified.”

I understand why the rioting and looting happen. I’m not saying I condone it, but neither will I condemn it. Violence begets violence, and black people have suffered violence at our hands for far too long. (We reap what we sow) Instead of putting out the fire, we just move it and claim we are fighting it or have put it out. Yet it not only continues to burn, it continues to be fueled to make it hotter. Jesus is not on the side of the oppressor; He is on the side of the oppressed. The TRULY oppressed.

And finally, if you profess to be a follower of Jesus and aren’t willing to sacrifice anything you earn to help even the people you don’t think deserve any help, are you really following Jesus of Nazareth or American Dream Jesus? Because one of those isn’t Jesus the Son of God and will not set you free.

2 Responses to 'When you play with fire'