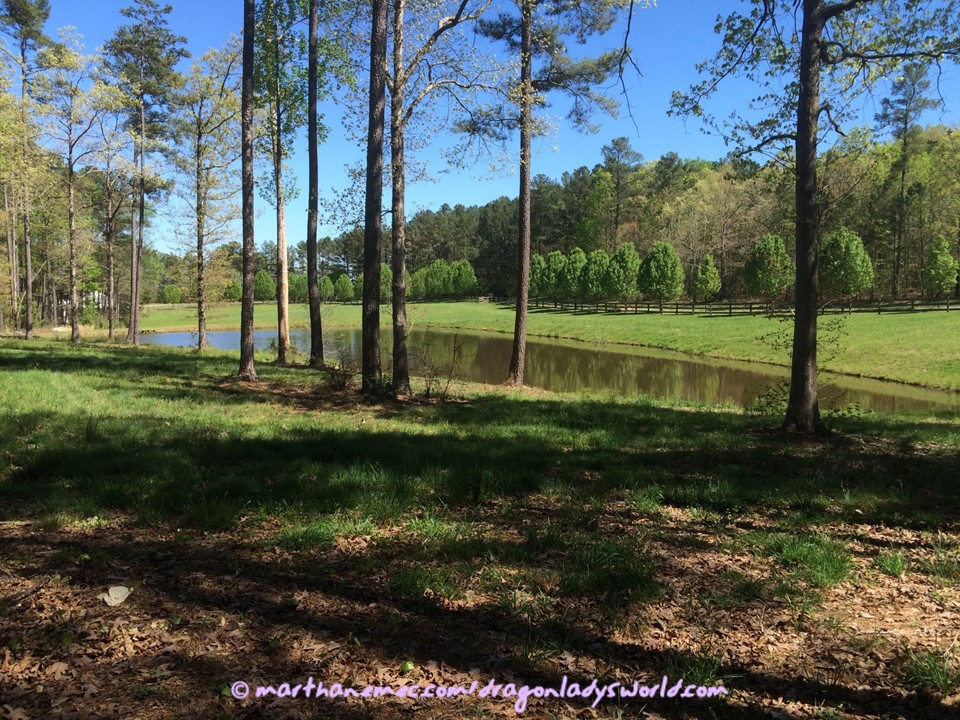 I didn’t intend to go on a 3 month hiatus. However, I probably should have started that hiatus intentionally about 3 months or more before I stopped writing. Or I should have just stuck with fiction. Because I was not well.

No temptation has overtaken you that is not common to man. God is faithful, and he will not let you be tempted beyond your ability, but with the temptation he will also provide the way of escape, that you may be able to endure it. 1 Corinthians 10:13 ESV

I was in a funk for a while. Okay, to a certain extent I still am, but I am no longer the “batshit crazy” I was. And it was one of those things I saw coming, but not entirely clearly. I let a couple close friends in on what was going on with me to the extent I knew because there was a certain aspect of it that I have been through before. I know that after a period of high stress, when I start coming down, I’m going to have panic attacks followed by depression. I have not ever been through that cycle since getting sober. So when I started having the anxiety, I started reaching out. It didn’t seem as bad as the panic attacks of the past, but I have not forgotten how bad that depressive period I had 5 years ago was. Never before nor since has life been that dark. Thank goodness.

In the meantime, I just wasn’t snapping back. One of my friends told me that we didn’t necessarily have to search real deep to find the cause, and I told her, “I’m not afraid of going deep, but I don’t know where to start digging.” Granted, this was my first holiday season since my mom died. Naturally some of the funk was grief, and I was on a heavy stress cycle for several months following her death. I got emotionally involved in the election, feeding on fear and outrage and what I viewed as hypocrisy that I felt was my duty to expose. (It’s not.) And then the election did not turn out as I expected leaving me to eat a lot of the words I was saying.

I sat down and tried to write just after the New Year. I have no idea what prompted me to write the following, but I am sure it was to point out something I saw in someone else rather than taking care of my own side of the street.

I can abstain from drinking, but if I am miserable, desiring the escape that drinking gave me, I’m not sober. Without the “spiritual awakening,” I am just a dry drunk going through the motions and never finding peace. With that attitude I can never do the 12th step because I can’t carry a message I haven’t really received.

Ironically, I got a call the following day from a friend who was checking on me, and she asked me if I thought I might be on a dry drunk. I answered that the thought had crossed my mind, because that was about the point the light start to flicker as if it was about to come on. After we hung up, I texted one friend and asked for prayer for the digging I was about to do, and another to see if she noticed anything glaring from my behavior that might indicate a blind spot. Within a day or 2, there was absolutely no doubt in my mind that I was indeed on a dry drunk and had been for quite some time.

Dry drunk is a slang expression infamously known in the sober community. It describes a person who no longer drinks or abuses drugs, but continues to behave in dysfunctional ways.

I’ve been known to spout out the statement, “I’d rather do hard stuff now than to do the work of figuring out why I drank again after the fact.” I still stand by that statement, but I was so far off track with my program that I went right back to Step 1. I looked at what happened, and I had stopped doing most of the things I did at the very beginning. Not all at once, but one thing here, another thing there, until I was barely working a program at all. I went back and started doing the basics again, and it’s getting better. I still backtracked the progression, and identified the first cause: I decided that I got it. I thought I had the program figured out, I had my alcoholism defeated, and I could chill and coast. Well, once I think I’ve got it is when I’ve lost it. And it happened not long after I had a year’s sobriety. It became complicated when life started happening and hitting me with major life changes like a separation and death of a parent. Because I wasn’t doing the everyday basics, I started running out of steam because I was no longer operating on a firm foundation with the help of my Higher Power. I was white-knuckling and had more than once incident where I was just about to drink.

I’ve looked at those instances where that obsession to drink returned, and I’ve wondered how I was able to not drink. Like that last Thanksgiving with Mom when she was in the hospital. If I’d had to drive by Petit Jean Liquor one more time, I was going to stop. I had already planned it out and knew I could pull it off without no one knowing. No one would have known. But the thought occurred to me, “I’ll know.” Despite the fact that I called no one under such “noble auspices” as not wanting to interrupt anyone’s Thanksgiving, I didn’t drink. Note: I should have called someone. About a week and a half before this past Christmas, I was on my way to work on a Friday morning when I recognized that feeling I used to get when I was drinking and I knew I was going to drink that day if I didn’t do something. I made a call that day and answered the greeting with “I want to drink.” But I didn’t. I know that may or may not make sense. I didn’t want to drink more than I wanted to drink, but I was craving that escape. That numbness. I didn’t drink, and I made it to my 3 year anniversary a couple of weeks ago, if by the skin of my teeth.

Just this week I was telling a friend about my first drink. How I was given that “way of escape” in the verse I quoted at the beginning. A big, wide door that I could have walked through without drinking, and without losing a friendship. To this day I don’t know why I decided to participate. I don’t know why I kept drinking when that first drink tasted so bad. I eventually came to love the effect of alcohol more that I cared about any moral implication of drinking the way I drank. What I do know, though, is why over those months when I wasn’t putting forth much effort towards working my program is how I kept from drinking in spite of myself.

There is no other explanation for why I didn’t drink. Because I was half-assing the program (if that much), I had no mental defense against that first drink. I’m a firm believer in free will. I don’t believe that God forces anyone to do anything against their will even if it is in their best interest. But at the same time, I have no doubt that when I took that 3rd step the first time, surrendering without reservation, turning my will and my life over to the care of God, that even when I tried to take my will back, He kept me sober by doing for me what I could not do for myself. Or perhaps the better way of saying that is that he kept me dry while my life got more and more unmanageable knowing that the unmanageability would eventually hurt enough to take action to get the serenity back.