On with the show

The DragonLady doesn’t like crowds. That’s why she doesn’t do concerts. Crowds freak her out. Also, she doesn’t like to pay the price concert tickets cost these days. But you know what? I went to see Fleetwood Mac last month paying way more than I wanted to pay for tickets in the rafters. 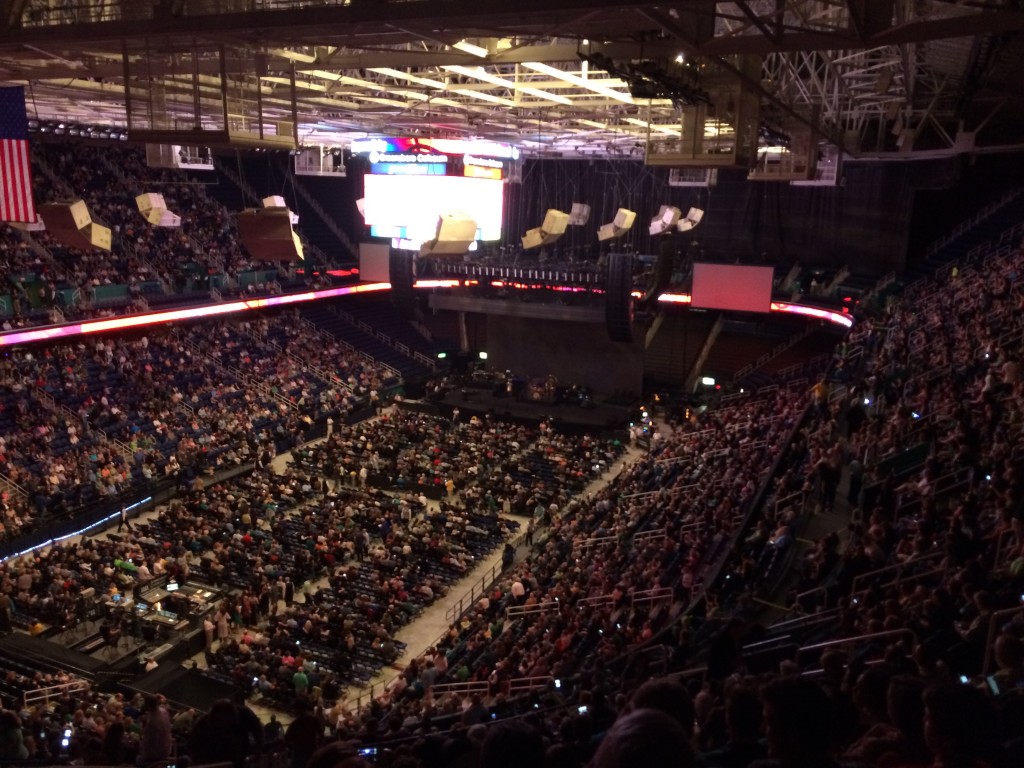 Prior to the beginning of the show, I would look at that and get that feeling in my stomach as if I was going to pitch forward and fall to my death. Because I also don’t do heights. 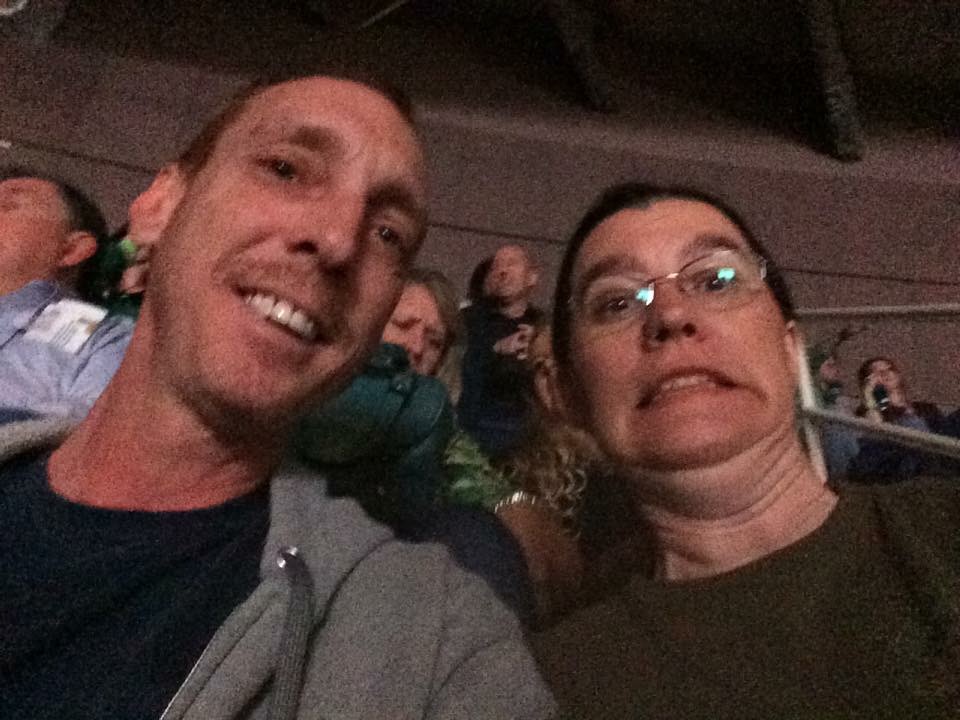 That’s my “this is too high” face. Note that we weren’t all the way at the top but close.

Once they came out and started playing, though, I did not notice the height at all. It was a heck of a good show! I sat there singing along with every single song as only someone who has spent a LOT of time listening to Fleetwood Mac can do. I screamed. I yelled. I was surprised I could talk the next day. 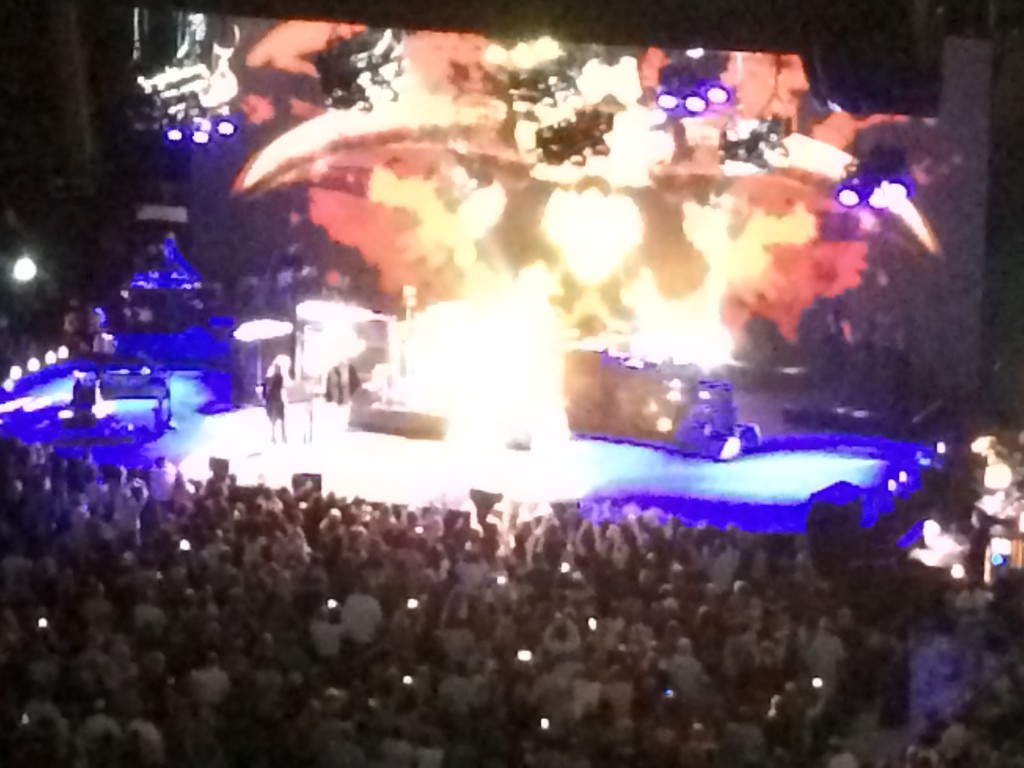 They were so fantastic! Lindsey Buckingham didn’t leave the stage until just before the encore, and then just during the drum solo in World Turning. I know he is the youngest member of the band, but he is still mid-60’s rocking a 2.5 hour show. 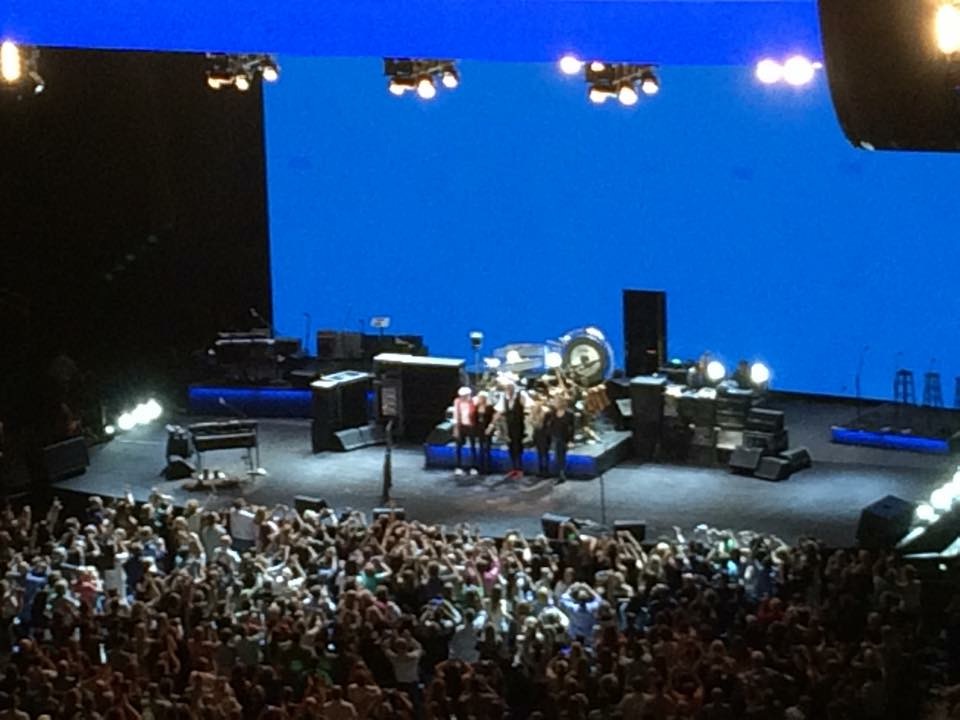 This was the finale, which I obviously didn’t take from the rafters. Someone with much better seats than I took this. Also, I used up my free space recording Gold Dust Woman. Which I haven’t uploaded.

This entry is filed under Life, Photos, Ramble, Video.

2 Responses to 'On with the show'