So there I was right, on my way to the dentist to get my permanent crown when I had a thought. The thought was 2 years in the making, but I was finally going to go through with it. Probably. To ensure I would, I texted Petra to see if she had anything going on. See, it also wasn’t something I was going to do solo. haha. She didn’t so I told her what I was planning, and she was all like “I gotta see this!”

I decided to get my nose pierced.

I’m pretty sure we had discussed it before, but it seemed to genuinely shock her. But, she was going to base her decision on my experience.

With his finger all up in my nose. 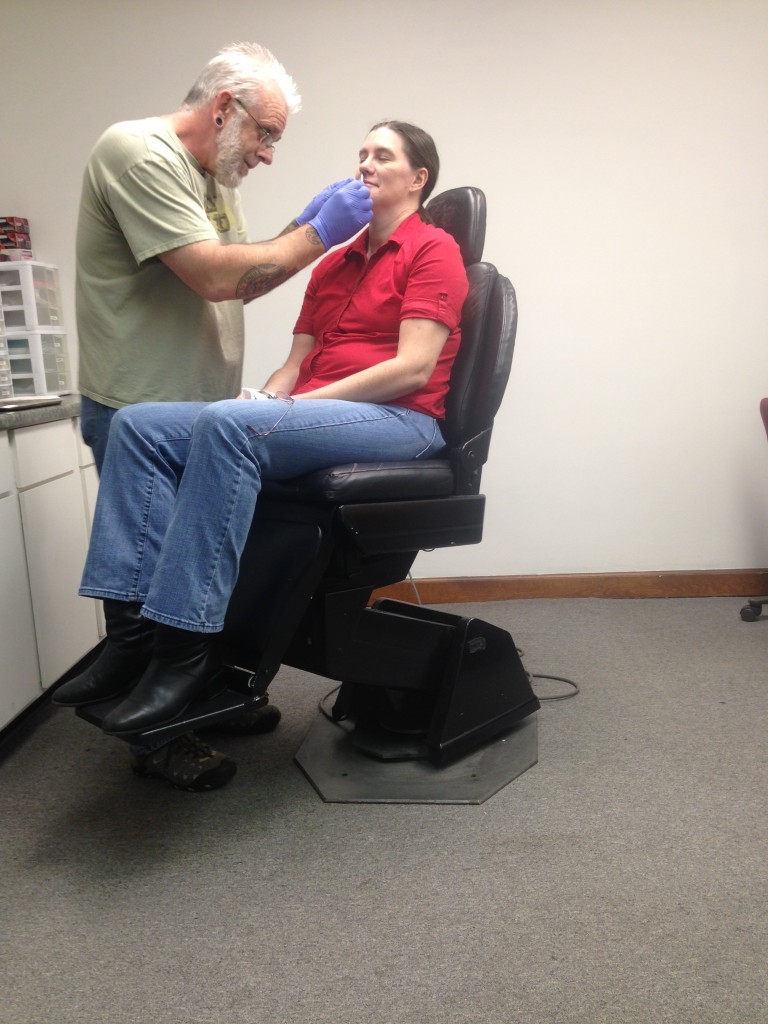 What is up with that spare tire I am carrying around?

Oh. My. Word. At least he warned me about what to expect. The actual piercing didn’t really hurt that bad. It was getting the ring in that was the issue. You know, because I’m not going to be normal. I have really thick cartilage. So it took some work to get the ring in. Then Petra says, “You have blood on your boob.” Wait. What? When he got the bleeding pretty much stopped and I looked down, I was all like “Holy crap!” It wasn’t just on my boob. It was all down my shirt. I said I was going to wear it to rehearsal like a badge of honor, but I didn’t. I changed. 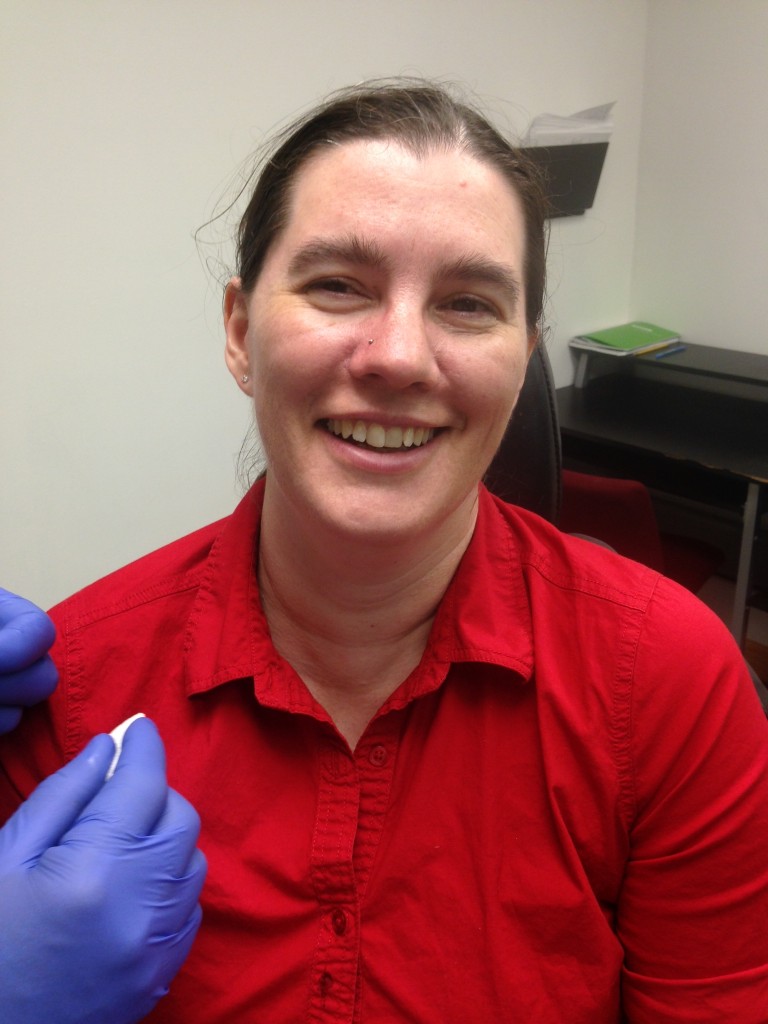 We both wished she had gotten a shot when the needle was sticking through. And it was a HUGE needle. I commented that it was like blood donation needle. Because it was. Petra now refuses to get her nose pierced. I called her a puss. I mean really. She’s had 7 kids. What’s a big needle through the nose?

She’s getting tattoos first though. If she has no reaction to the ink, then I will feel it’s safe(ish) to get one. And maybe by then I will figure out what I want. Besides the mushroom cloud tramp stamp, that is.

This entry is filed under Funday Friday, Life, Photos, Video.

2 Responses to 'Living the dream'